David persuaded 8 cars to enter the procession after the judging, The Daimler got 1st, Kevin & Pat got 2nd and Terry & Helen got 3rd.

The show ended with evening music and fireworks. 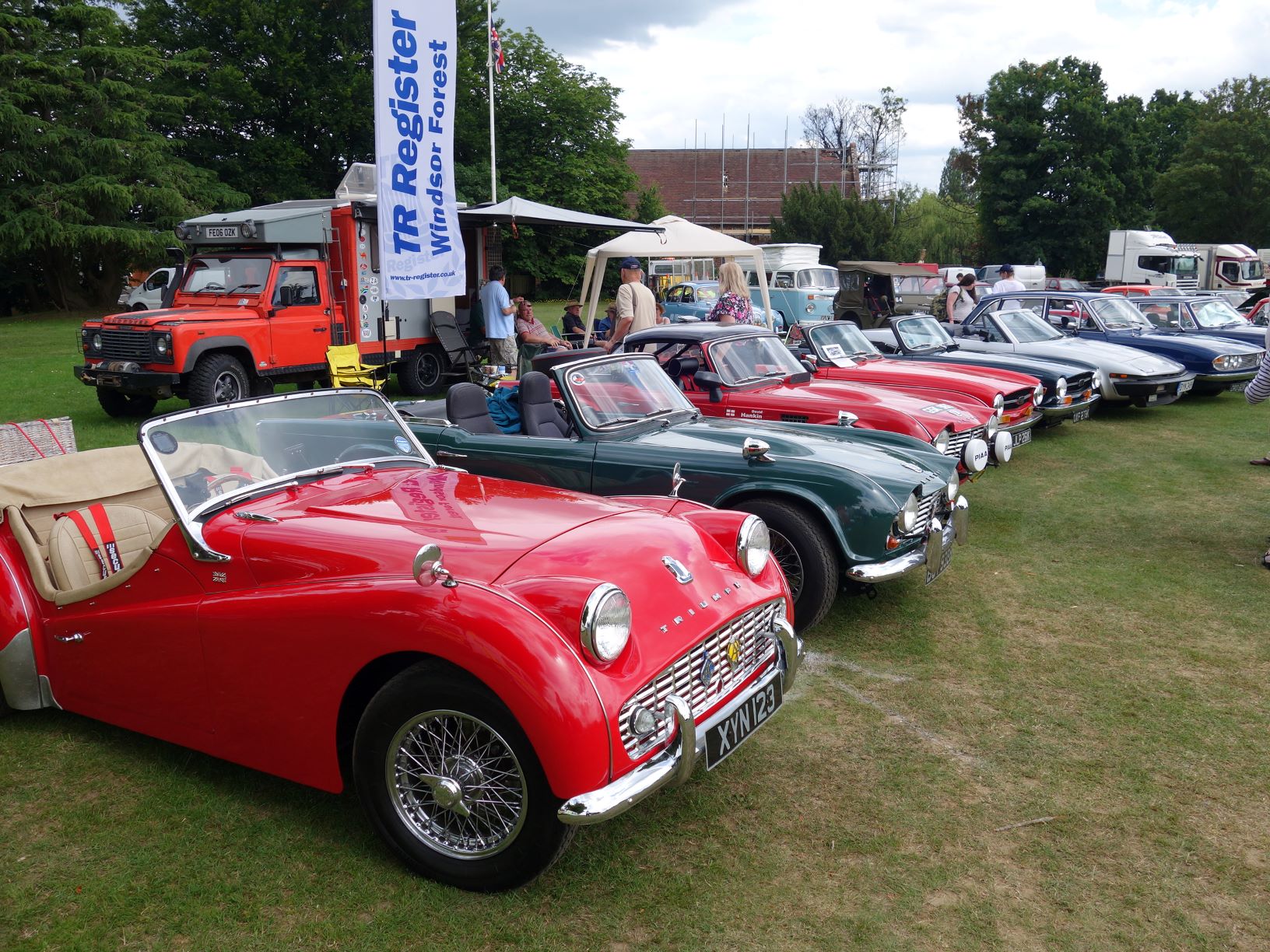 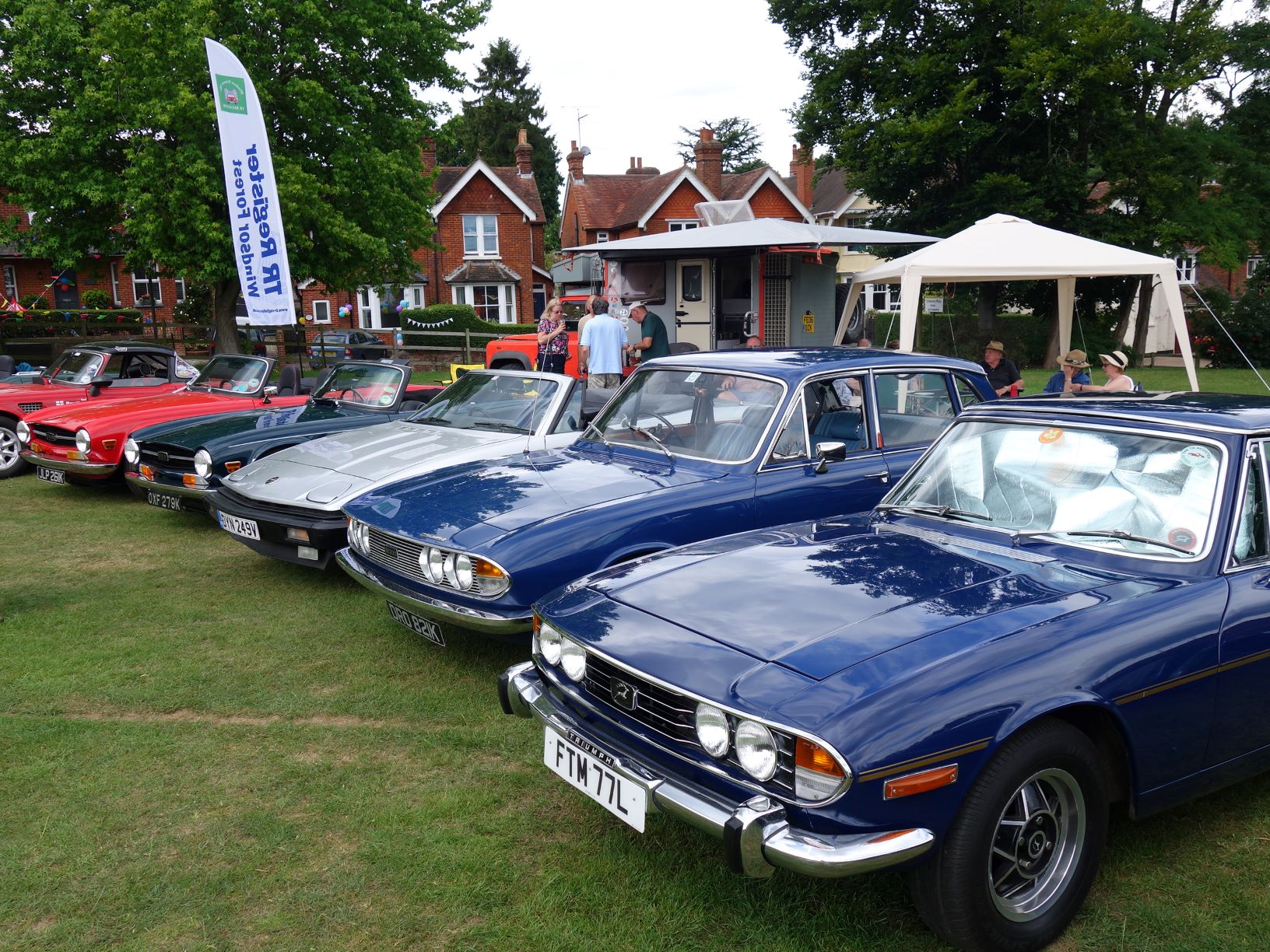 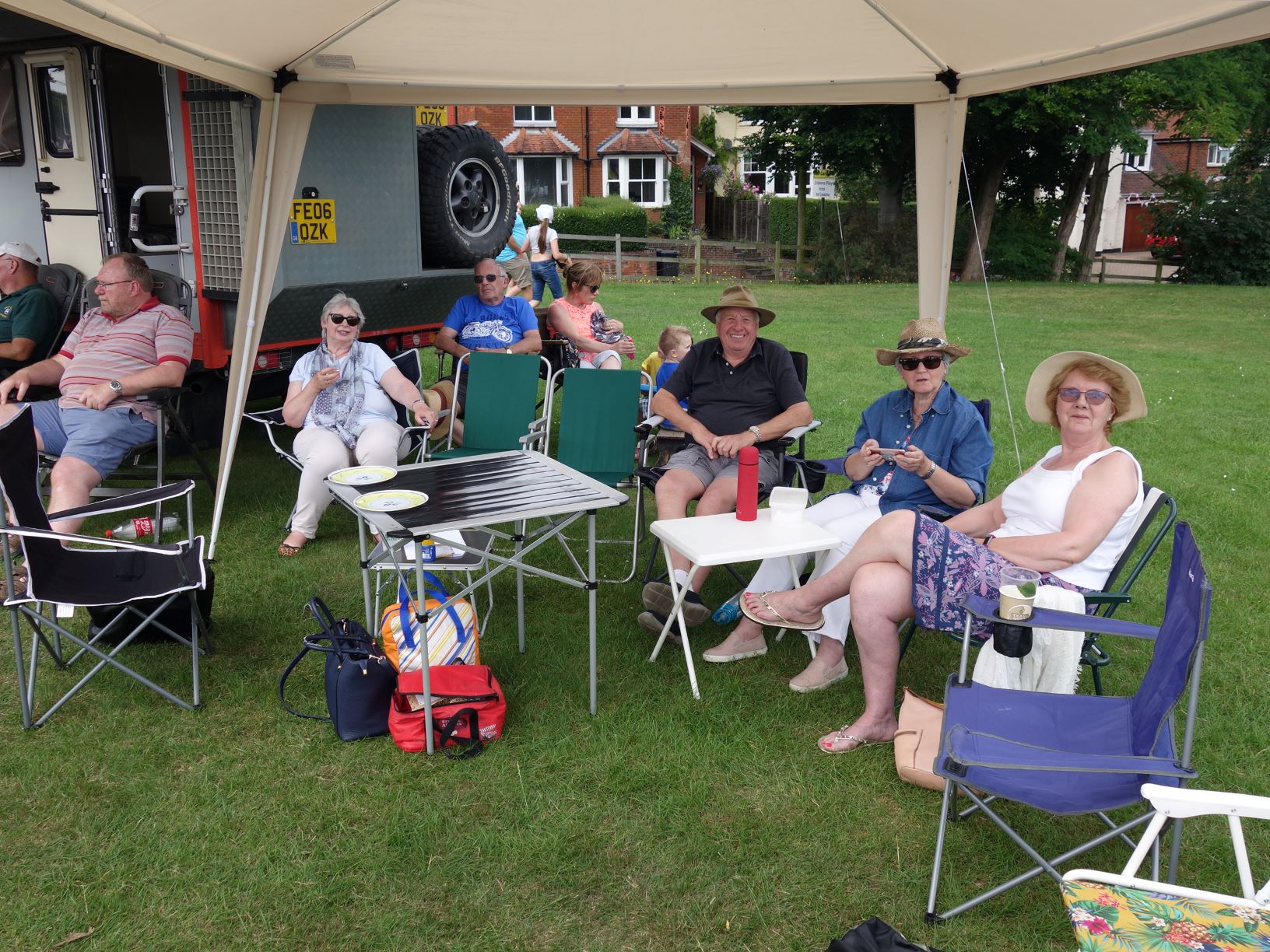 Relaxing in the shade 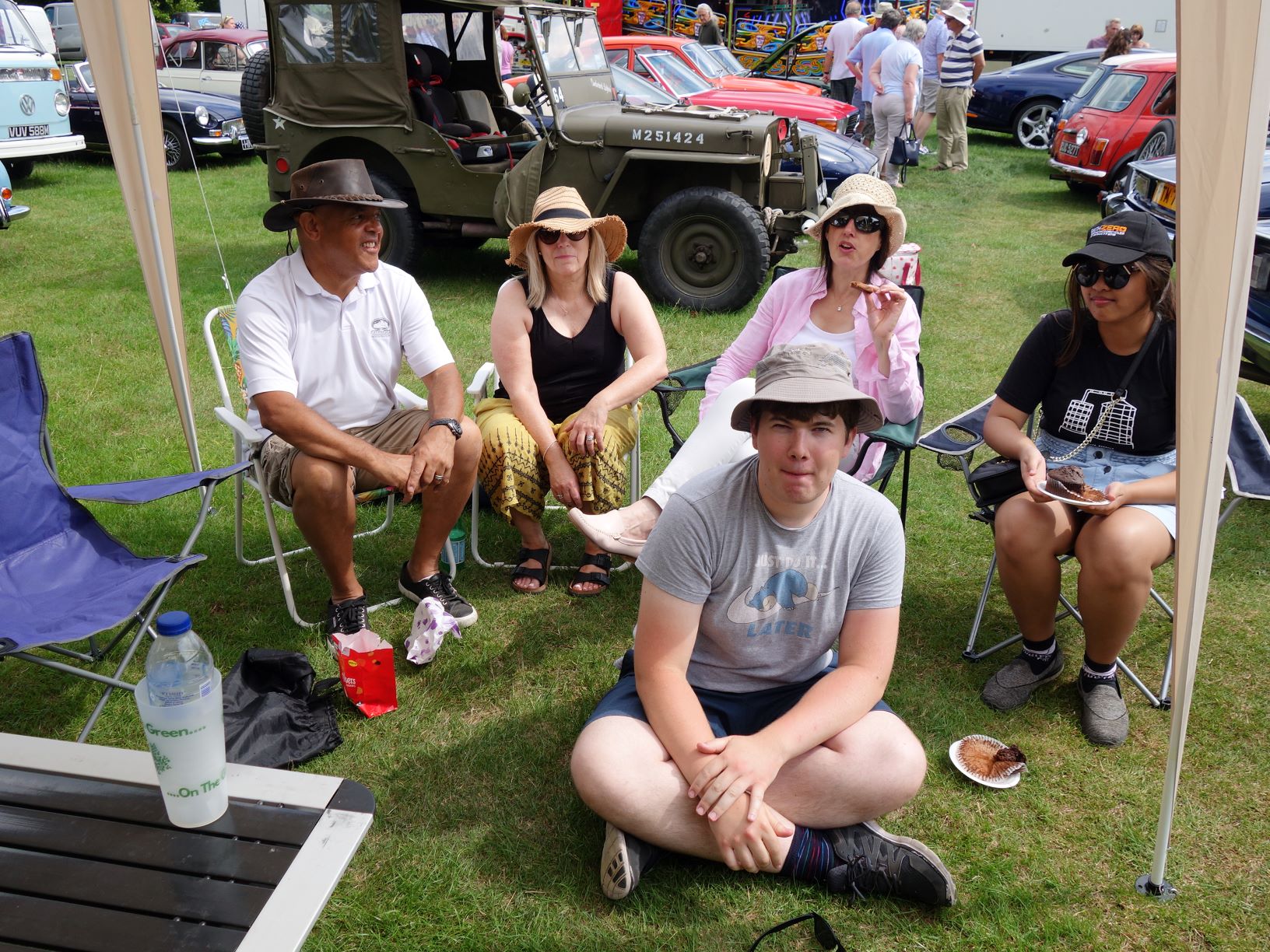 Not quite Ascot but the hats are looking good! 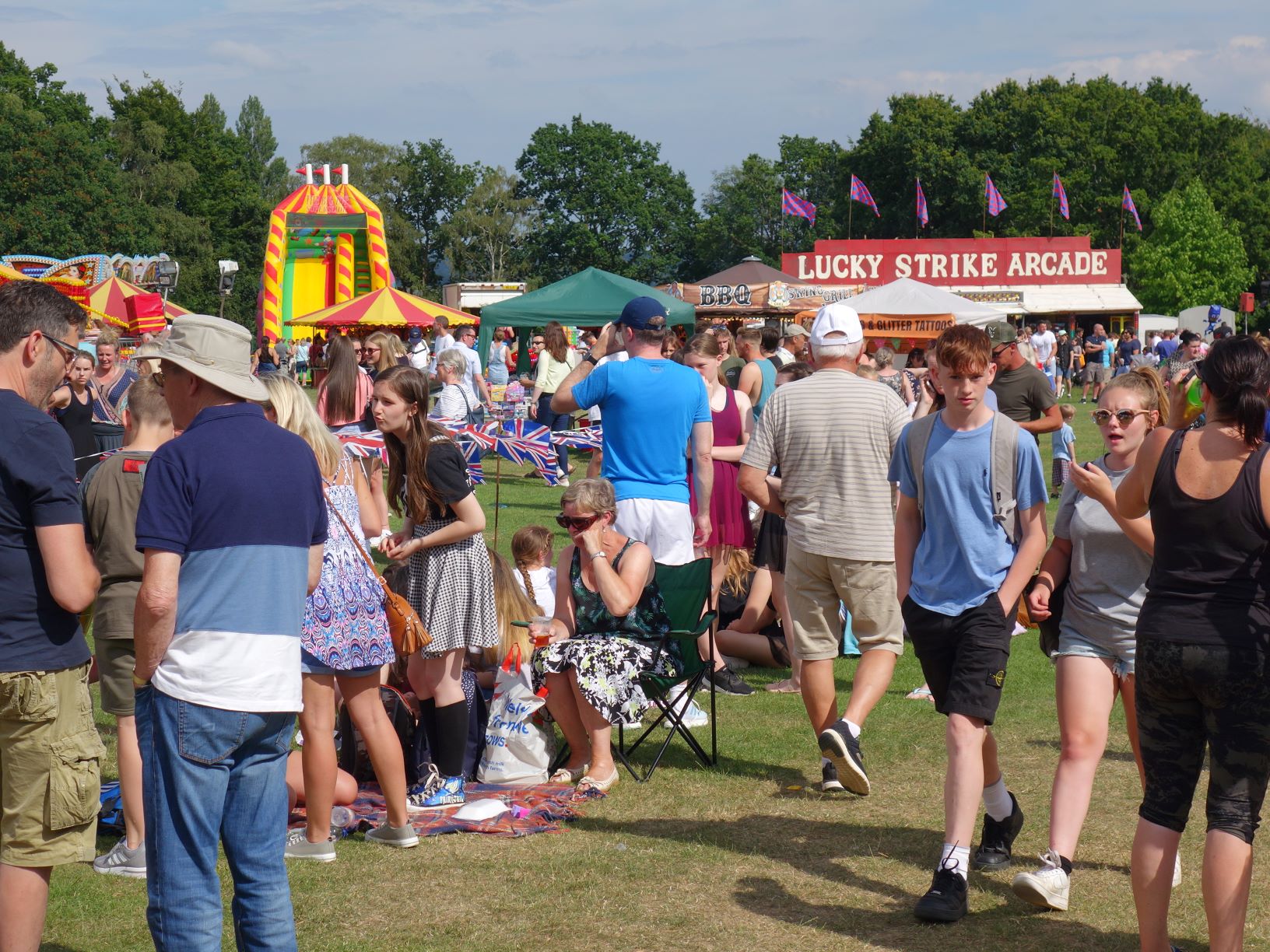 All the fun of the fair 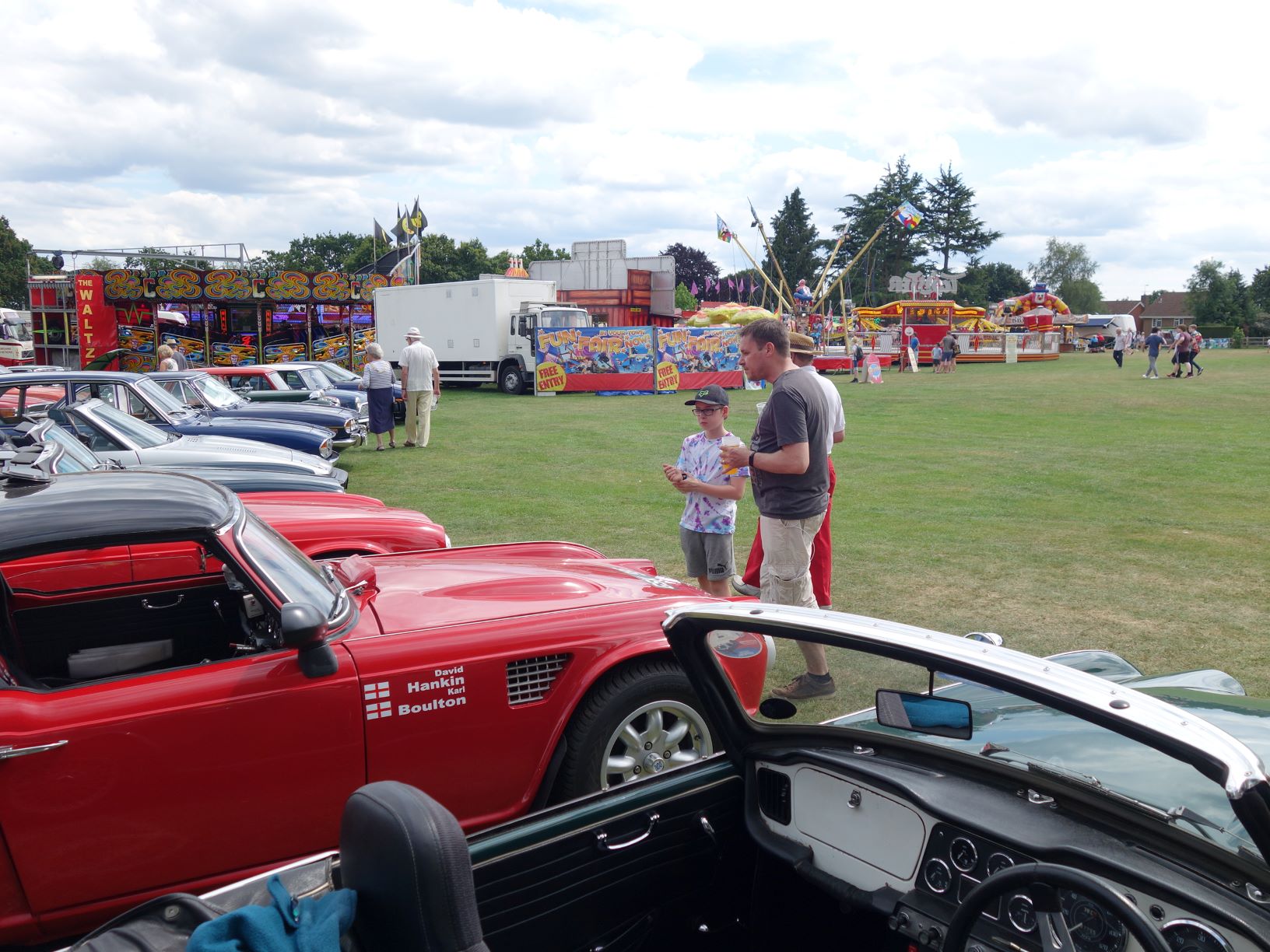 A great deal of interest was shown in the line up of classic cars. 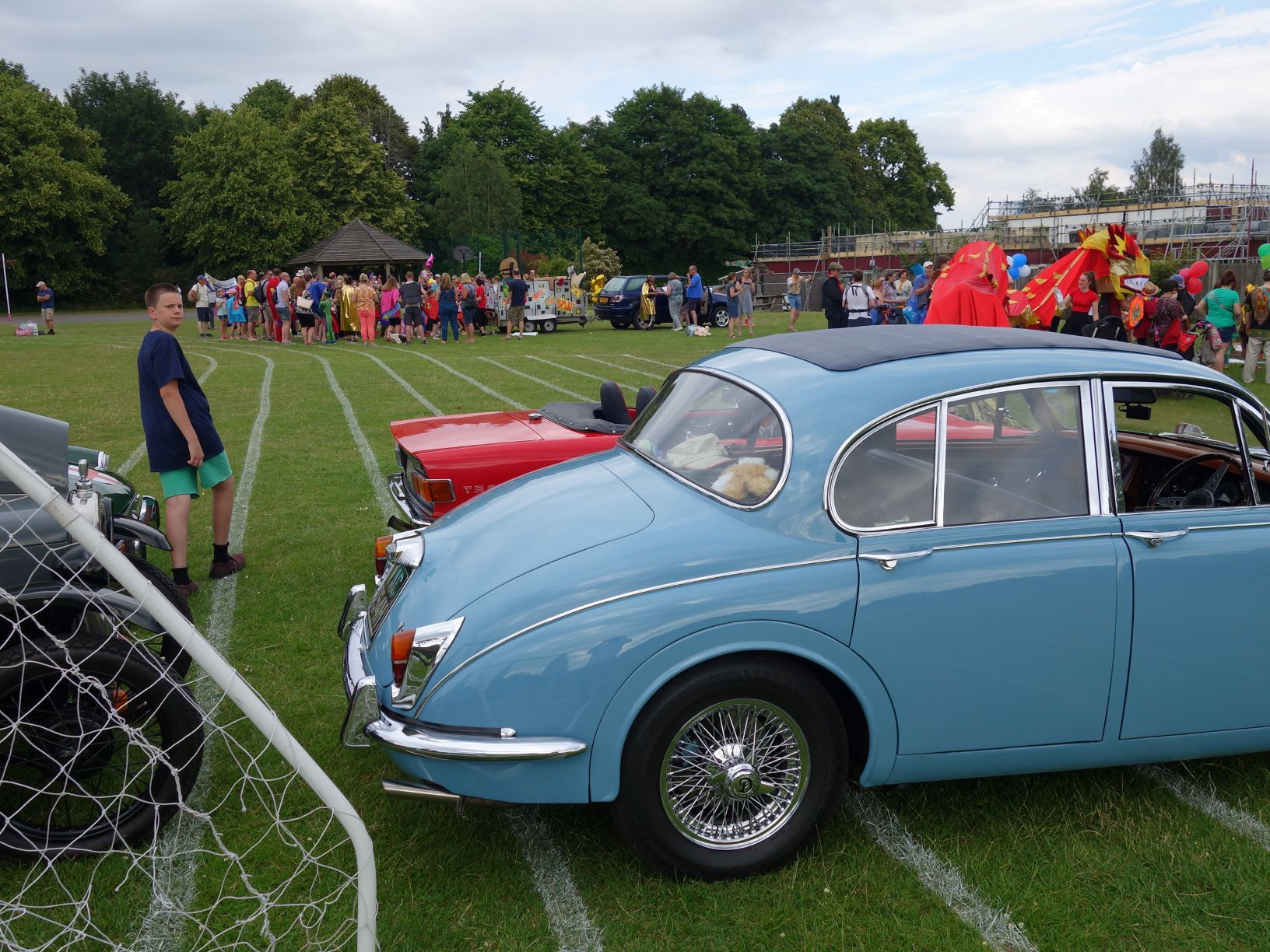 A young lad (Sam?) asked Steve for a lift in the procession which Steve was pleased to do. 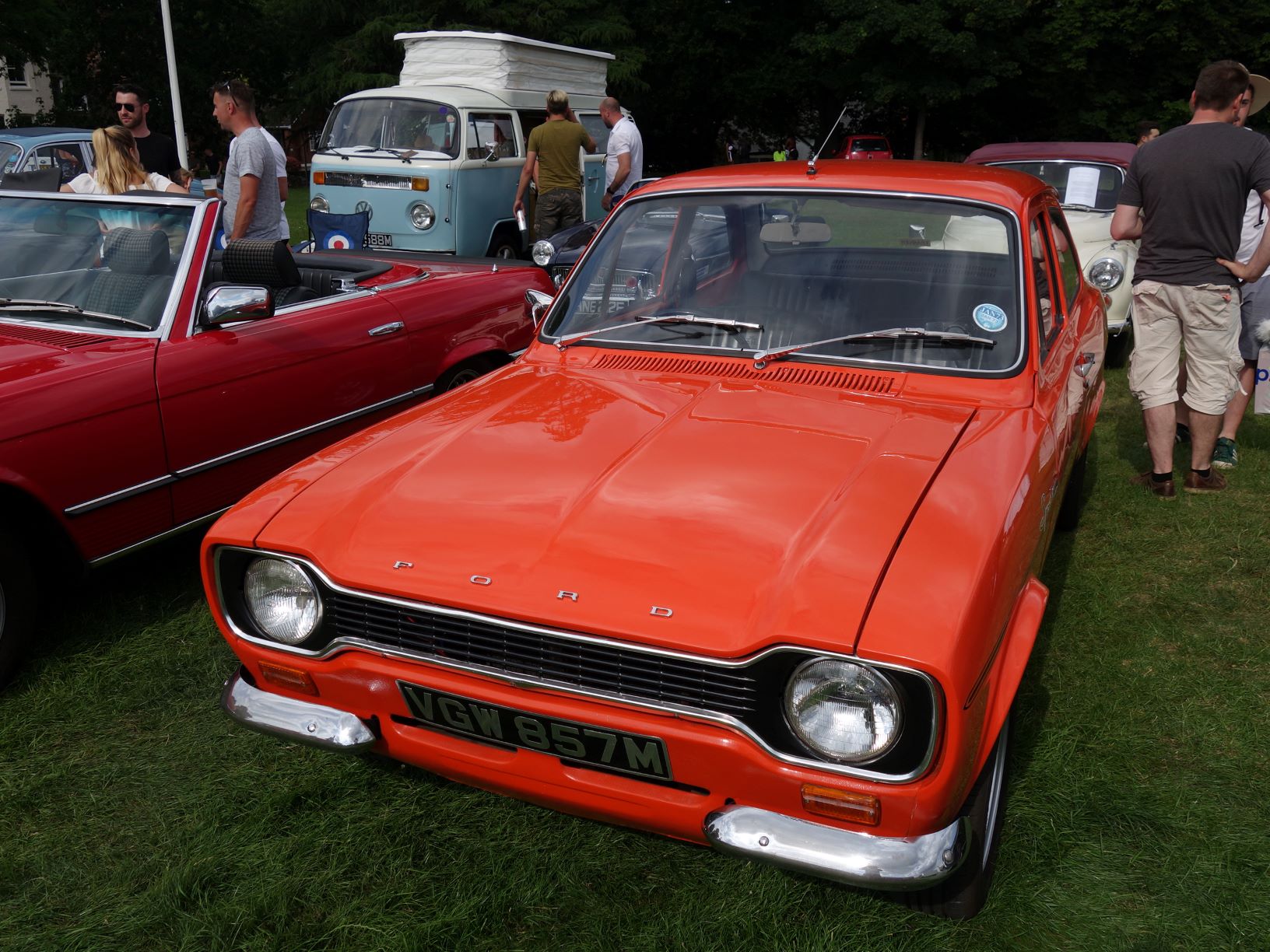 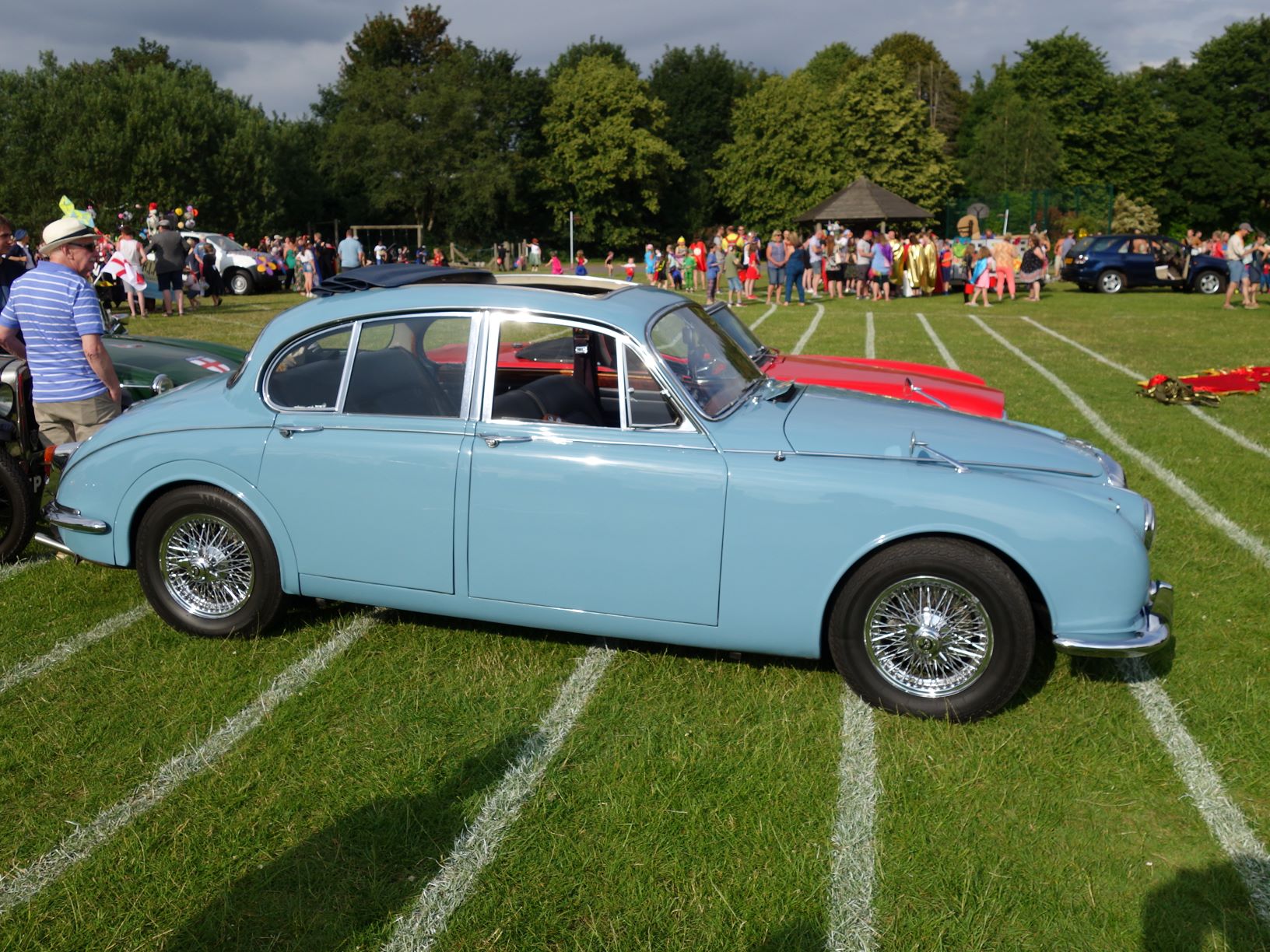 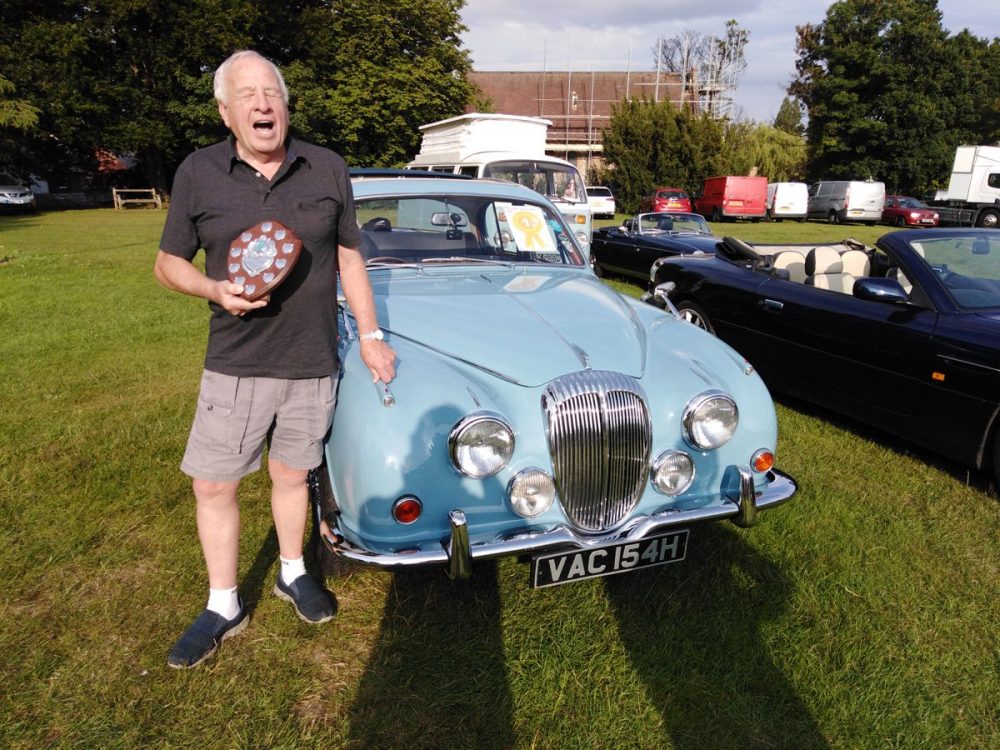 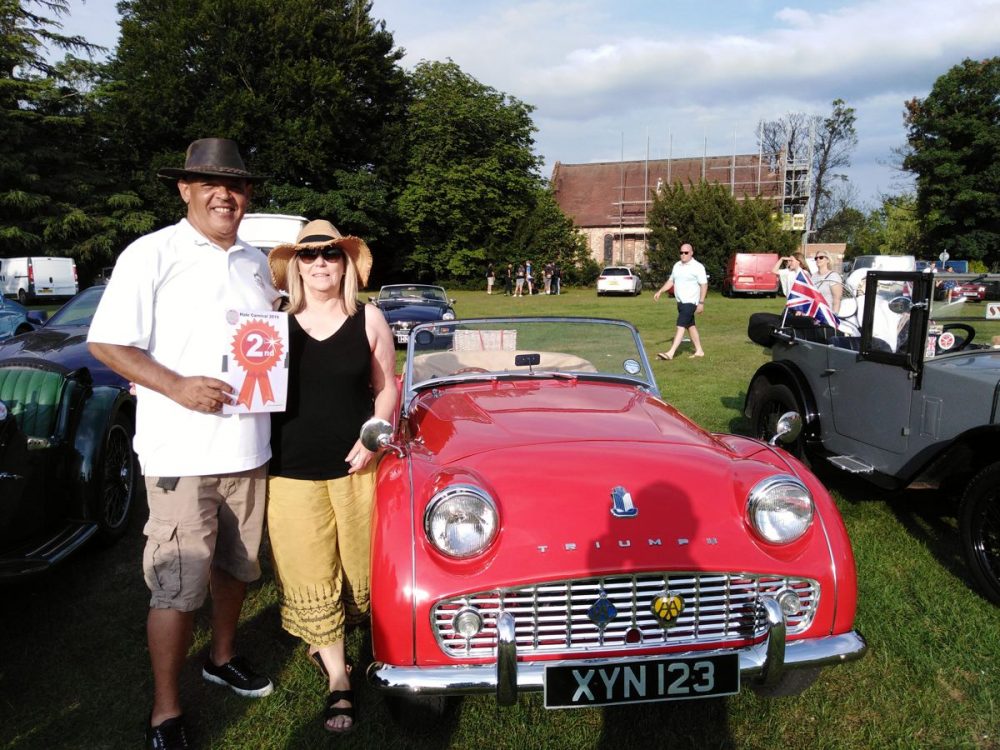 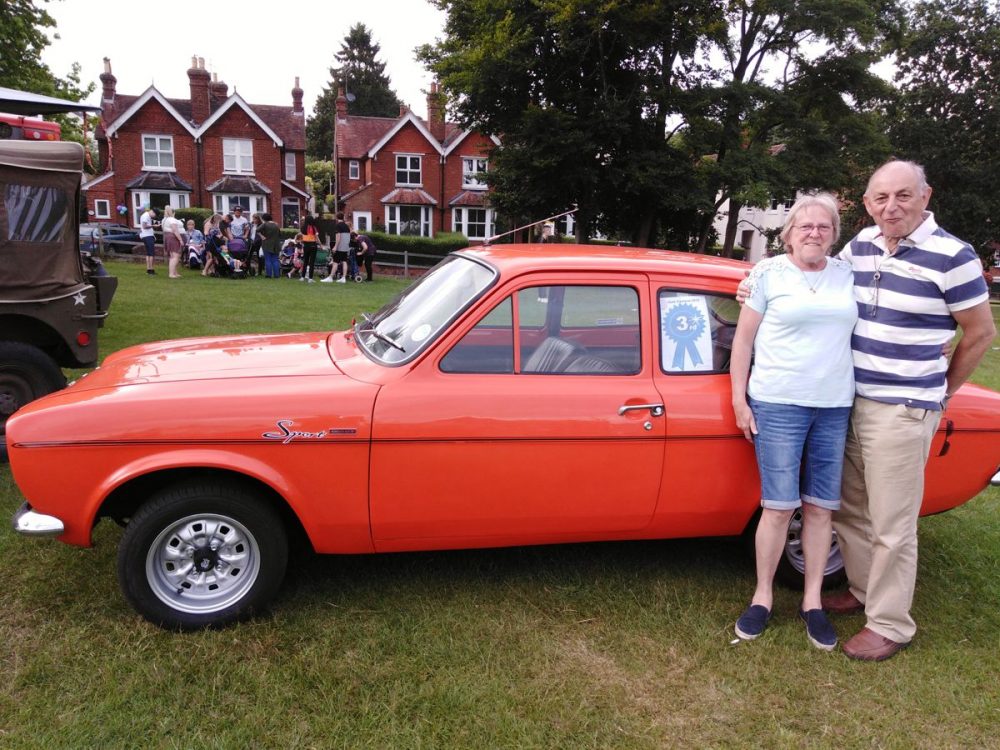 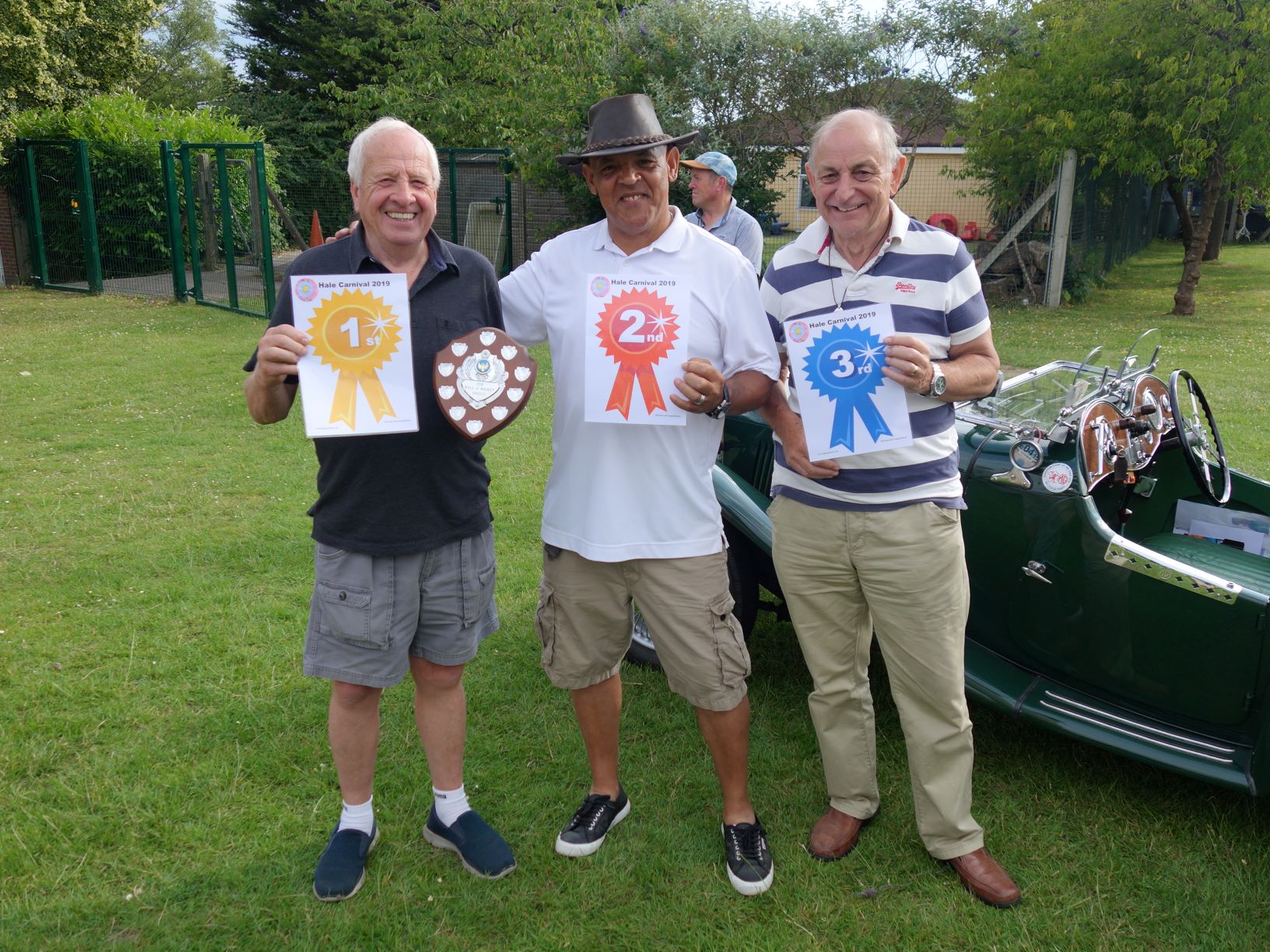 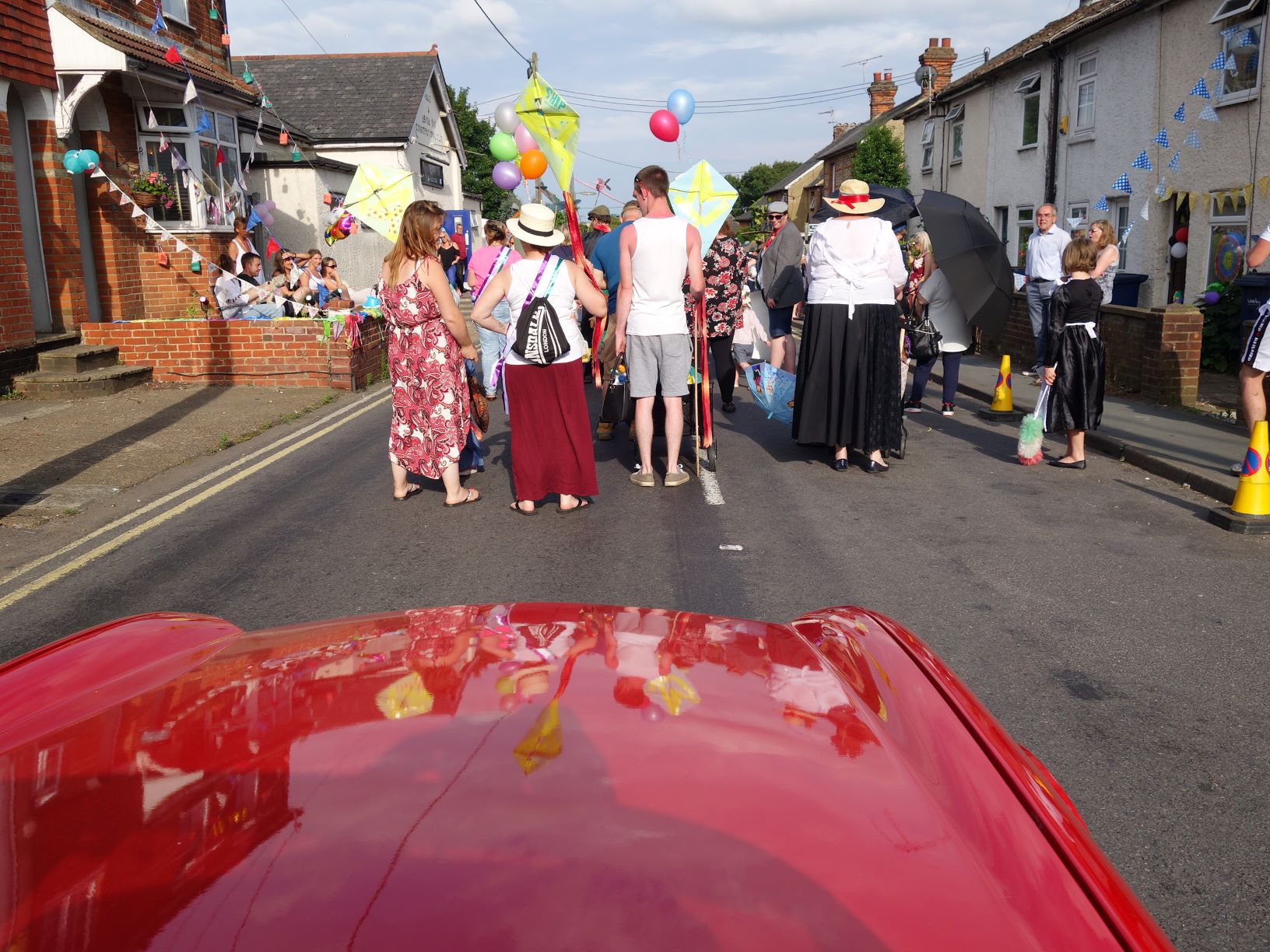 Following Mary Poppins in the procession 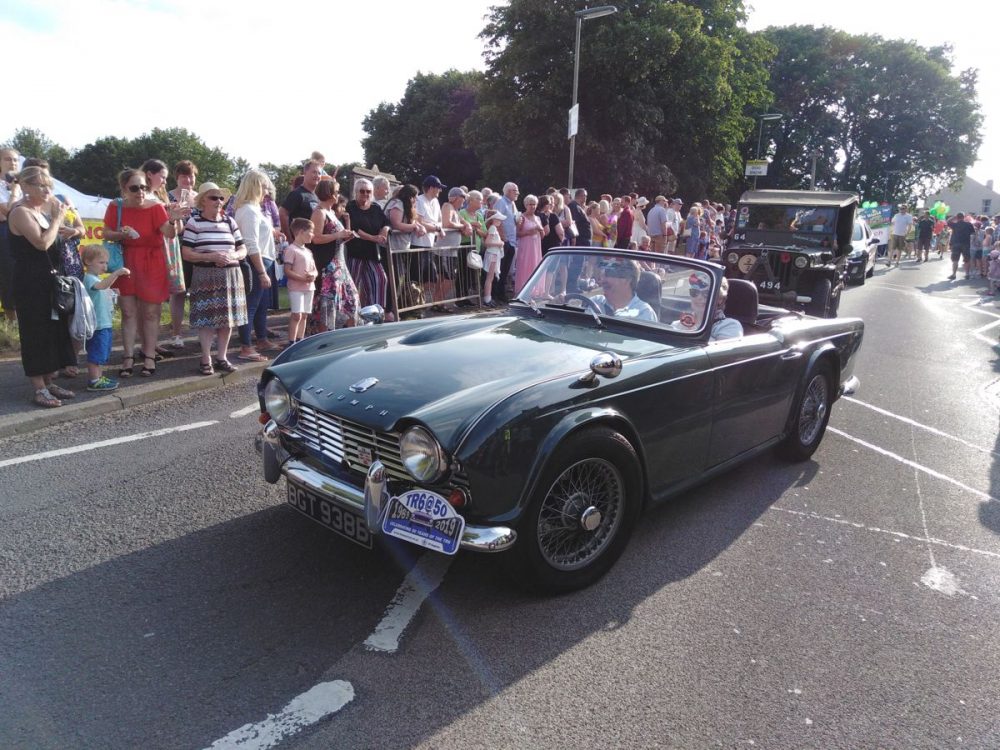 Jeff & Lesley in the procession 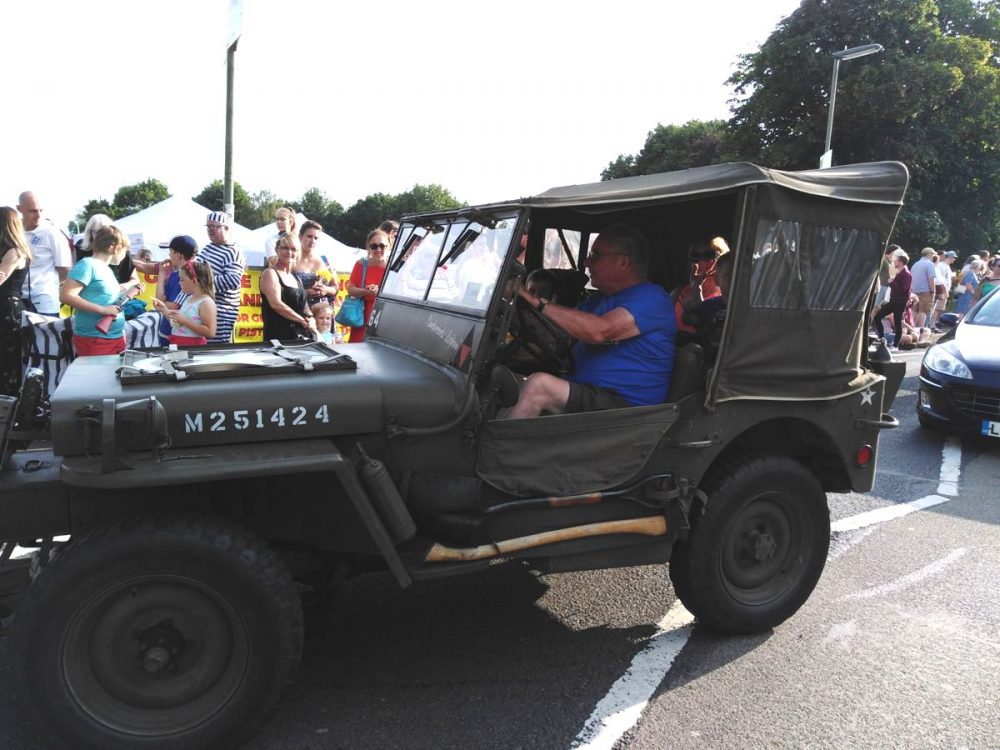