Mike Heelis took over as Group Leader of Windsor Forest TR Group in January 2019.  He has a TR6 on which he has carried out a rolling restoration and improvement process over the last 7 years.  He and his wife Lynda love using the car and they undertake many runs throughout the UK and France every year.  Mike is a qualified Engineer having served 37 years in mechanical equipment support in the Army.  He settled in Alton, Hants and has been heavily involved in community projects the latest of which was leadership and delivery of the Alton Neighbourhood Plan.  He is a keen golfer and plays twice a week at his local club as well as being focussed on keeping fit. 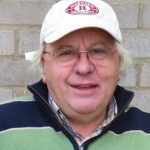 In my teenage years I spent a lot of time working on and with cars.  My claim to fame being the rebuilding of an Austin Mini from many boxes of bits that I purchased for £50.  In the years following work and family took up all my time (as it does) as I followed a career in environmental control systems and latterly started and successfully ran a company dealing in remote energy conservation and monitoring systems in the medical and pharmaceutical markets. Both in the UK and US.

In 2011, in preparation for retirement, I decided that I needed a hobby that could recreate my youthful interests and settled on a TR4a that I subsequently mechanically took apart and rebuilt.  I am a firm believer that our classic cars were meant to be driven and consequently take every opportunity to get it on the road. Oh, and I finally retired in May 2019. 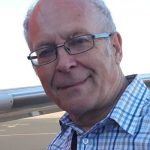 Barry was educated in The Netherlands and the UK and after a three year course at the London College of Printing pursued a successful career in Graphic and Web based design. Initially working for IPC Magazines, AEG Telefunken and Alder Valley as Publicity Officer and has been self employed for the past 30 years, now sliding into retirement. Barry’s passion is classic cars, in particular the opportunity they offer to interact socially with like minded people and getting his hands dirty. Until recently he was the proud owner of a 1958 Mk 1 Sprite which he fully rebuilt over three and a half years and was influential in the organisation and administration of the website, events and communications for the Hampshire region of the Midget and Sprite Club. More recently Barry has been responsible for the administration of the Gallery on the WFTR website along with the occasional You Tube video – another hobby, along with kite flying and aerial photography.  He is the proud owner of a very nice TR4A.

Volunteers helping out include: 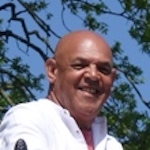