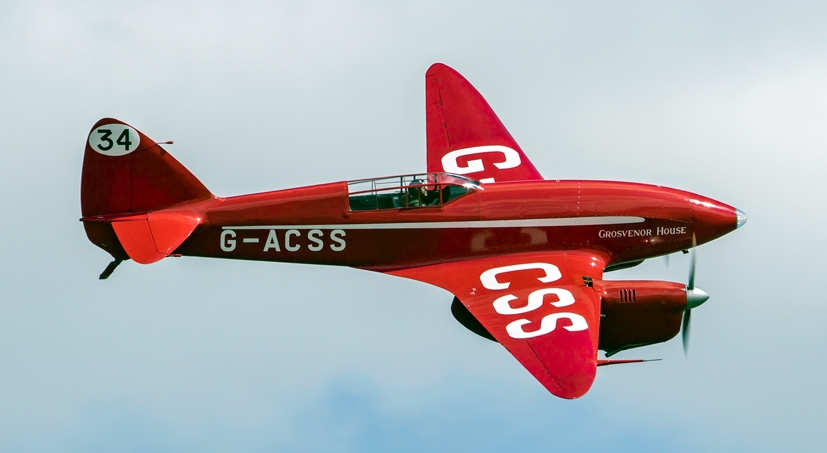 A run to a special airshow and more.

Richard Ormond Shuttleworth was born in 1909 and was a motor racing and aviation enthusiast.  His wealth enabled him to build-up an impressive collection of vehicles and aircraft which has been added to over the years by The Shuttleworth trust.  Richard was killed in 1940 whilst training as a pilot in the RAF

The Shuttleworth Collection is unique and fascinating.  Based at Old Warden Aerodrome, it houses a large number of exhibits from the earliest days of aviation (think Those Magnificent Men in their Flying Machines) through WW1 up to a Spitfire and Sea Hurricane.  Nearly all their exhibits are airworthy and, as such, many are the only ones in the world.  The aerodrome itself is relatively small and only has grass runways but there is an excellent café/restaurant on-site.  The display itself normally does not feature fast, noisy modern jets but tends to hark back to a somewhat less frantic time.

Visitors can also tour the manor house and Regency-era Swiss Gardens, which are included in the admission price.  The house was built in 1875 and is now used as a wedding and filming venue - hence it is only open to the public on limited dates.  If that is not enough, there are numerous (mainly pre-war) vehicles dotted around the aviation exhibits.

Payment in full is required by 12 April so please transfer the money to the WFTR bank account: Sort Code 30-91-31 Account number 01481888 If this is not possible then send a cheque to the Group Treasurer at lease 14 days prior to the date of the event or alternatively use the Paypal facility below.  You will  be contacted by the event organiser giving further details as necessary. If you have any questions please reply to this email.

We intend to assemble at the car park at Monachus Lane in Hartley Wintney RG27 8NP at 08:15 for an 08:30 departure.  We will then join the M3 and the M25 before heading North on the A1(M).  Most of this trip is on Motorways and should take about one and a half hours. The tickets and route information will be given out at Monachus Lane, other than for a few who will make their own way there.  On arrival at Old Warden Aerodrome, I am assured there will be signage to The Paddock, where we will have been (hopefully) allocated group parking.

There are 17 people coming.