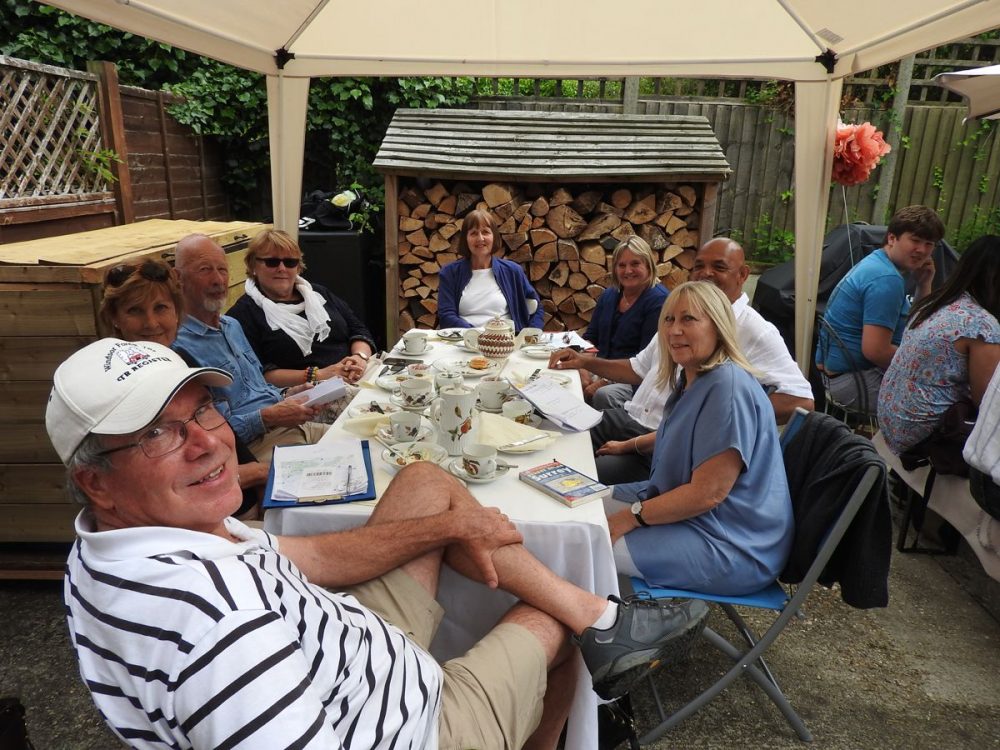 The cream tea has continued to be a fixture on the WFTR calendar. The 2019 event began with tea and bikkies in the Garden Cottage in Bridge House.

Participants were given a set of clues and a map severely lacking in details. Whilst there was some grumbling everyone sorted out a route and left singly or in small groups. This has proven to be far more popular method of travel than a train of cars following each other.

The route allowed for plenty of places to have lunch and everyone reported a sufficiency of repast.

The first cars arrived back shortly before 3pm and the last around 3.40.

Tea and scones were served in the back garden accompanied with chickens and cats.

This is now the 7th cream tea run – and see no reason why it shouldn’t continue.