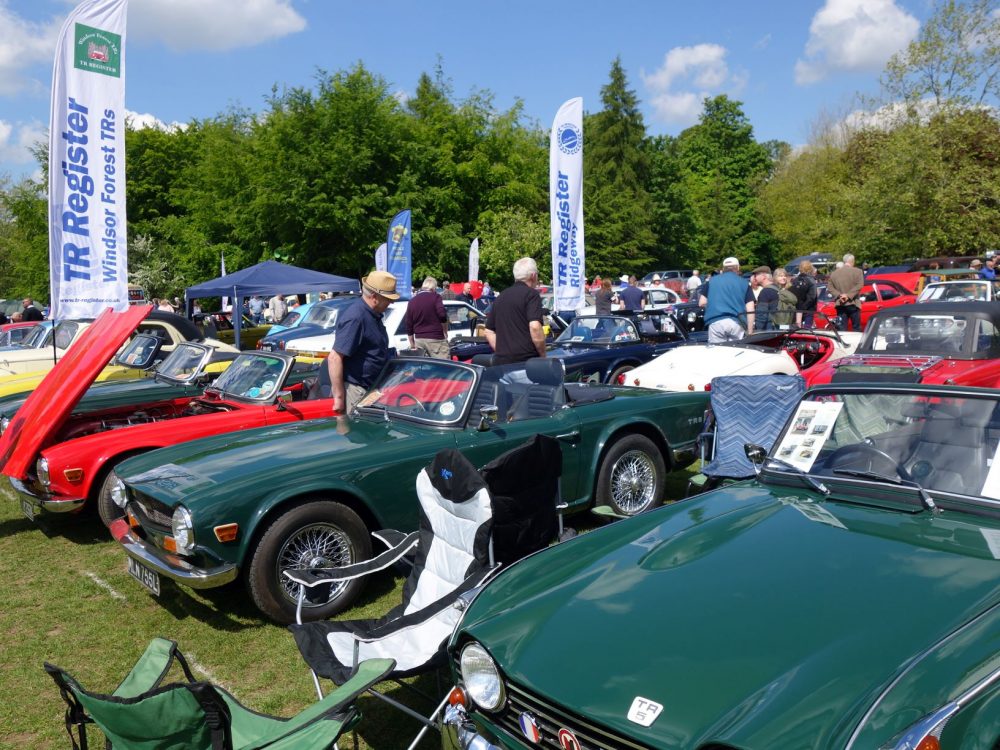 This annual event in the War Memorial Park in Basingstoke nearly always attracts small numbers of WFTR members.  TR Register participation is actually organised by Kennet Valley Group and this year Ridgeway Group were also there, in total about 11 cars.  WFTR attendees were Steve & Chris Moss, Graham and Michelle Smith, Darren White (all TR6) and Mike Ellis (TR3).  Bruce ?? also appeared in his TR6 but had only registered direct with Phil Horsley of KVG, so was not on our list!

The exhibits (believed to be in excess of 900 vehicles) were divided into post-war classic cars in one field whilst pre-war cars, various buses, fire engines and some seriously heavy machinery (tank transporter!) were in the other, which is also where the auto-jumble and other merchandise stalls were laid out.  The event was featured on that evening’s BBC South Today news report and a brief (but close-up) shot of our cars could be seen with the club banner flying proudly next to them!

The weather was superb and attracted thousand of public to this free event. A thoroughly enjoyable show but one tip for the future would be that we needed space for a gazebo to shelter from the sun (as previous galleries have recorded), but no space had been reserved this time.