We bought the Vitesse in June 2000, to replace a Triumph Spitfire but with a growing family, a four seat convertible vehicle was required. The car had a number of running repairs including an engine and overdrive rebuild and used daily initially by Nikki. It’s been to LeMans Classic, including a few laps of the track

GYV933J was the second to last Triumph Vitesse off the production line on 18th May 1971, the last day of production and was delivered to Doves of Wimbledon on 28th May. 6974 convertibles were built between 1966 and 1971 and the original purchased price would have been £999, saloons by comparison were £951.

The car was registered on the 9th June 1971 and was owned by a doctor in Farnborough before being bought by a lady near Chichester in 1973. She owned the vehicle until 1977, it then changed hands a number of times, remaining in the Chichester area.

In September 2014, with body work deteriorating, a full rebuild was started, the body taken off the chassis which was shot blasted and rebuilt with new poly-bushed suspension, new brake and fuel lines. 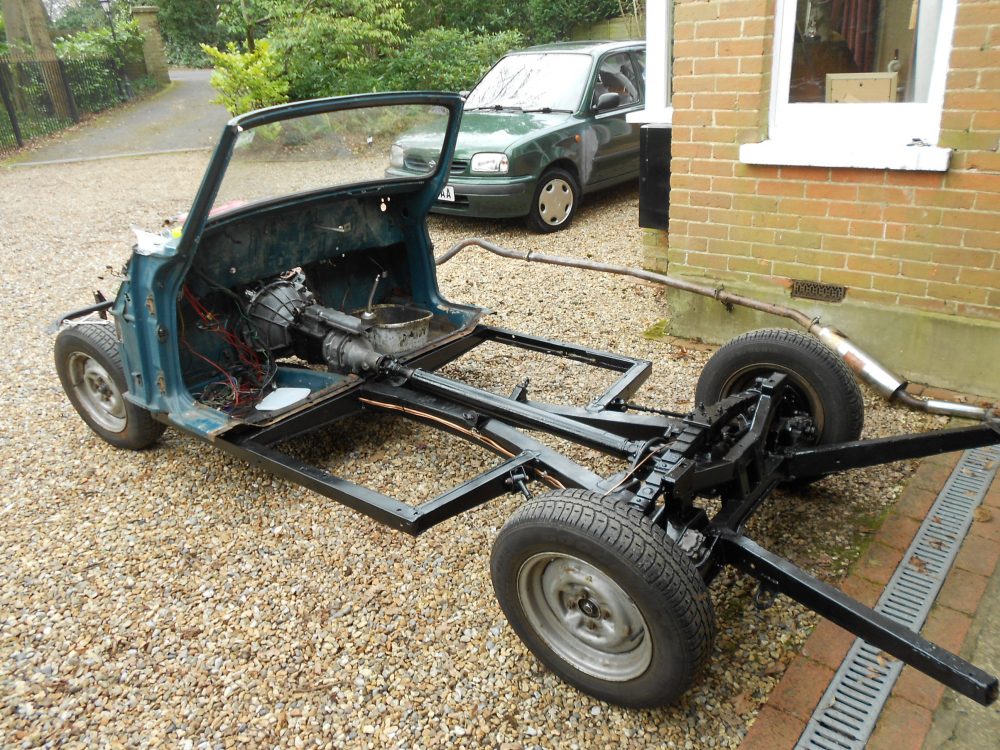 The car was then repaired and repainted by AL Coachworks near Hook, the dashboard re-veneered by Martin Roberts in Andover and finally a new hood fitted by J Mussell & Son, Godalming. The car is in its original colour Valencia Blue and ultimately only required new front wings, valances and outer sills. The car was back on the road in May 2016 and been used fairly regularly since.