by Steve on 23 Aug 18 in All WFTR Galleries, Runs, Z-Facebook

A run to a hidden gem near Portsmouth – fantastically preserved Victorian fort and home to the Royal Armouries’ national collection of artillery.  Organised by Dave and Linda 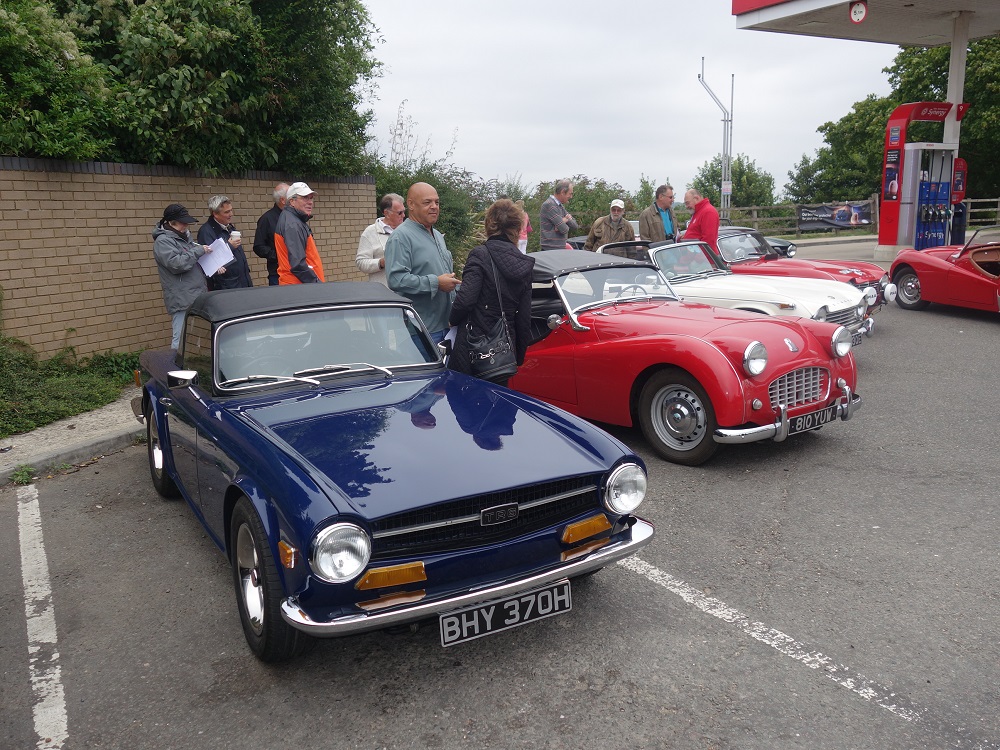 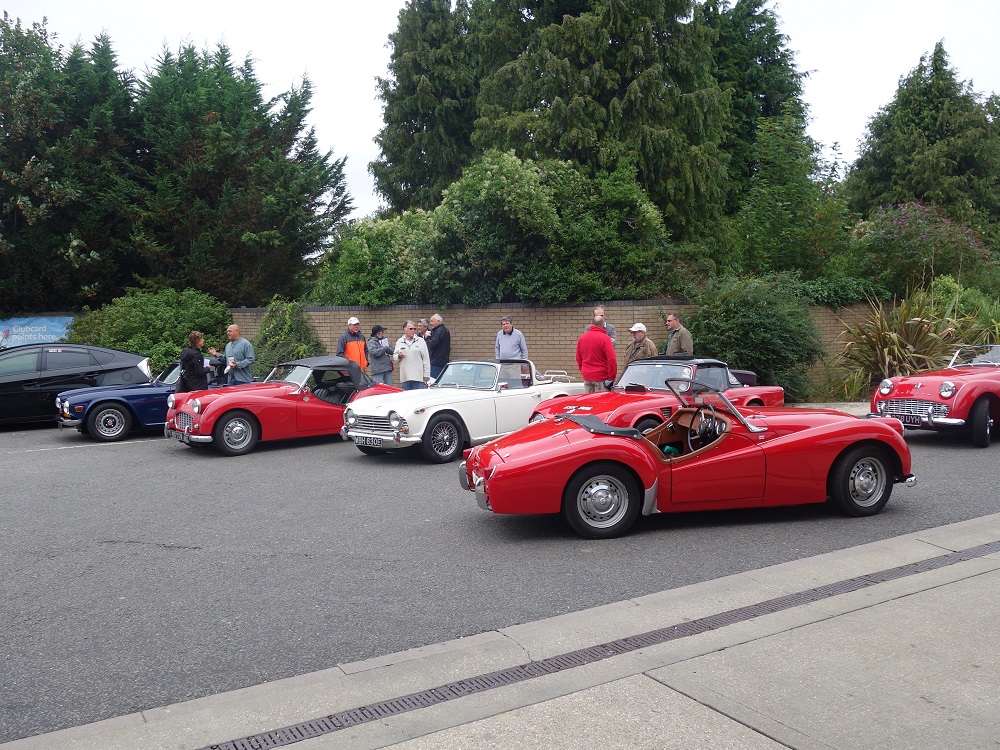 Assembling at the Hog’s Back Services on the A31 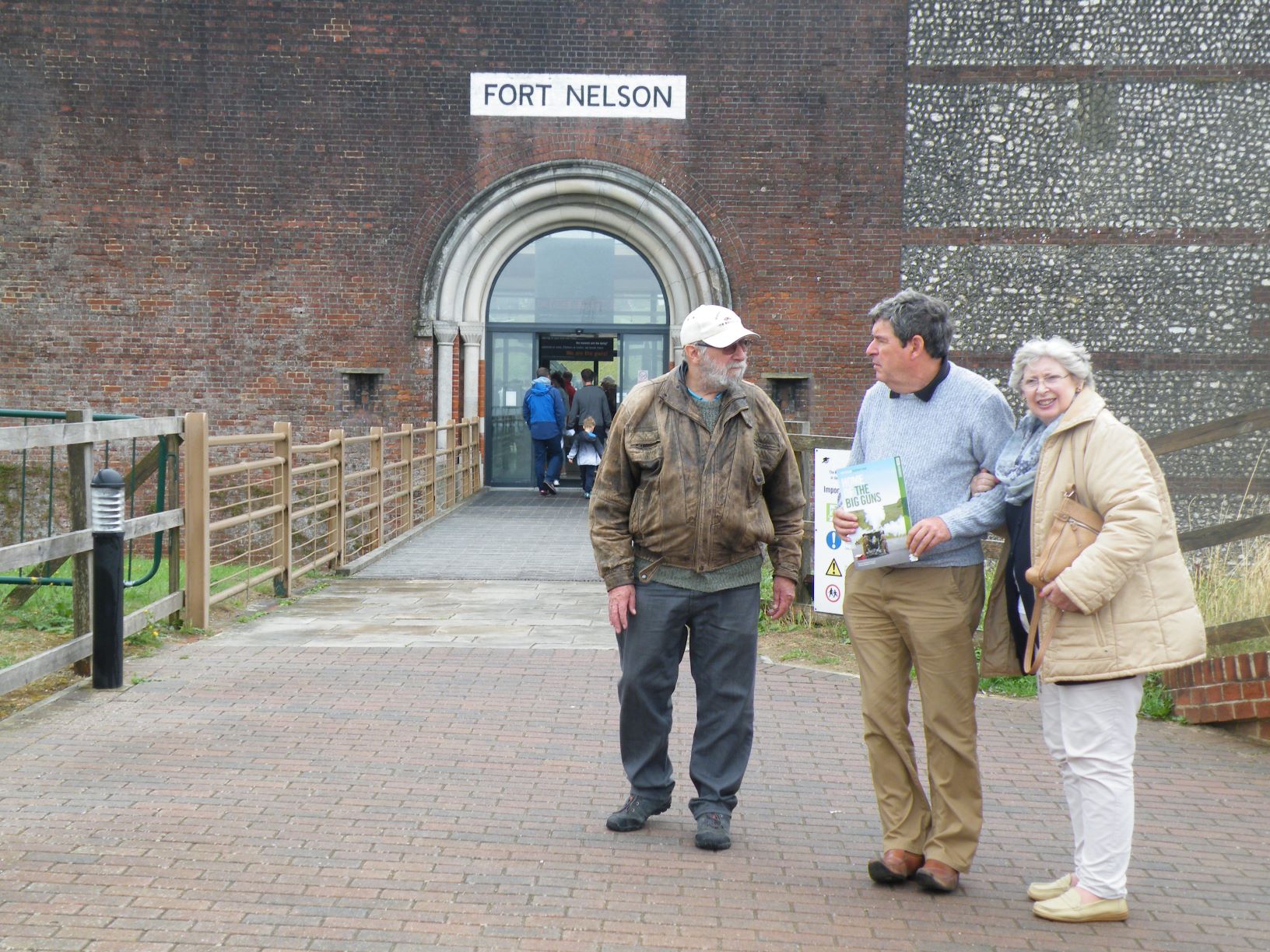 Good to see Lesley back in action. 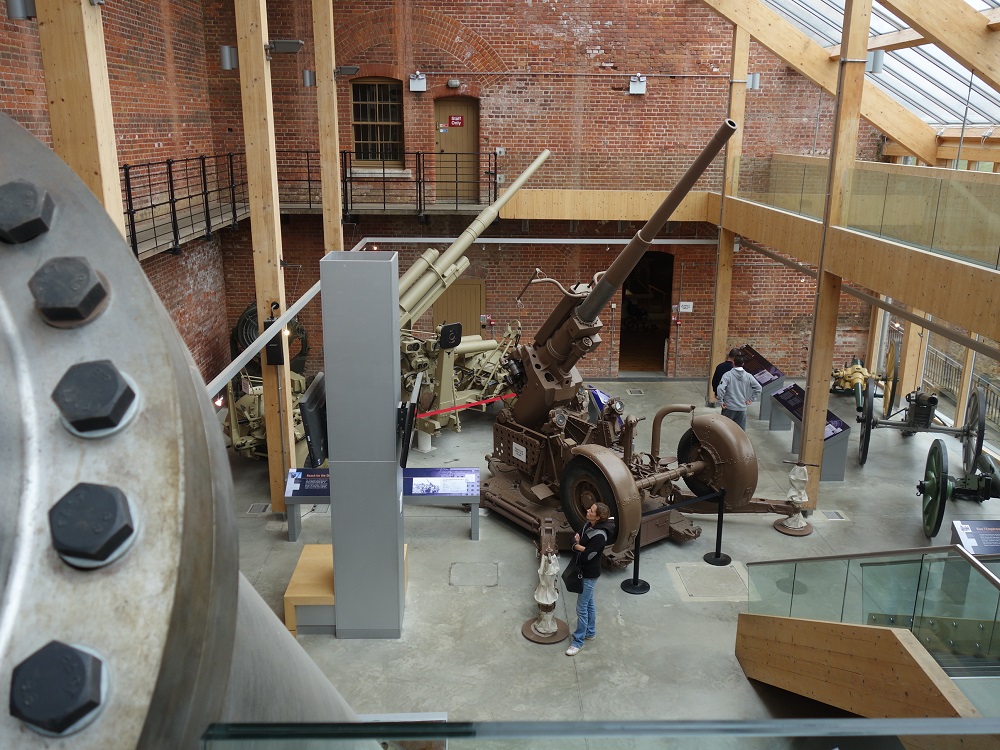 Two big WWII anti-aircraft guns – the nearest British and the one behind a German 88mm. 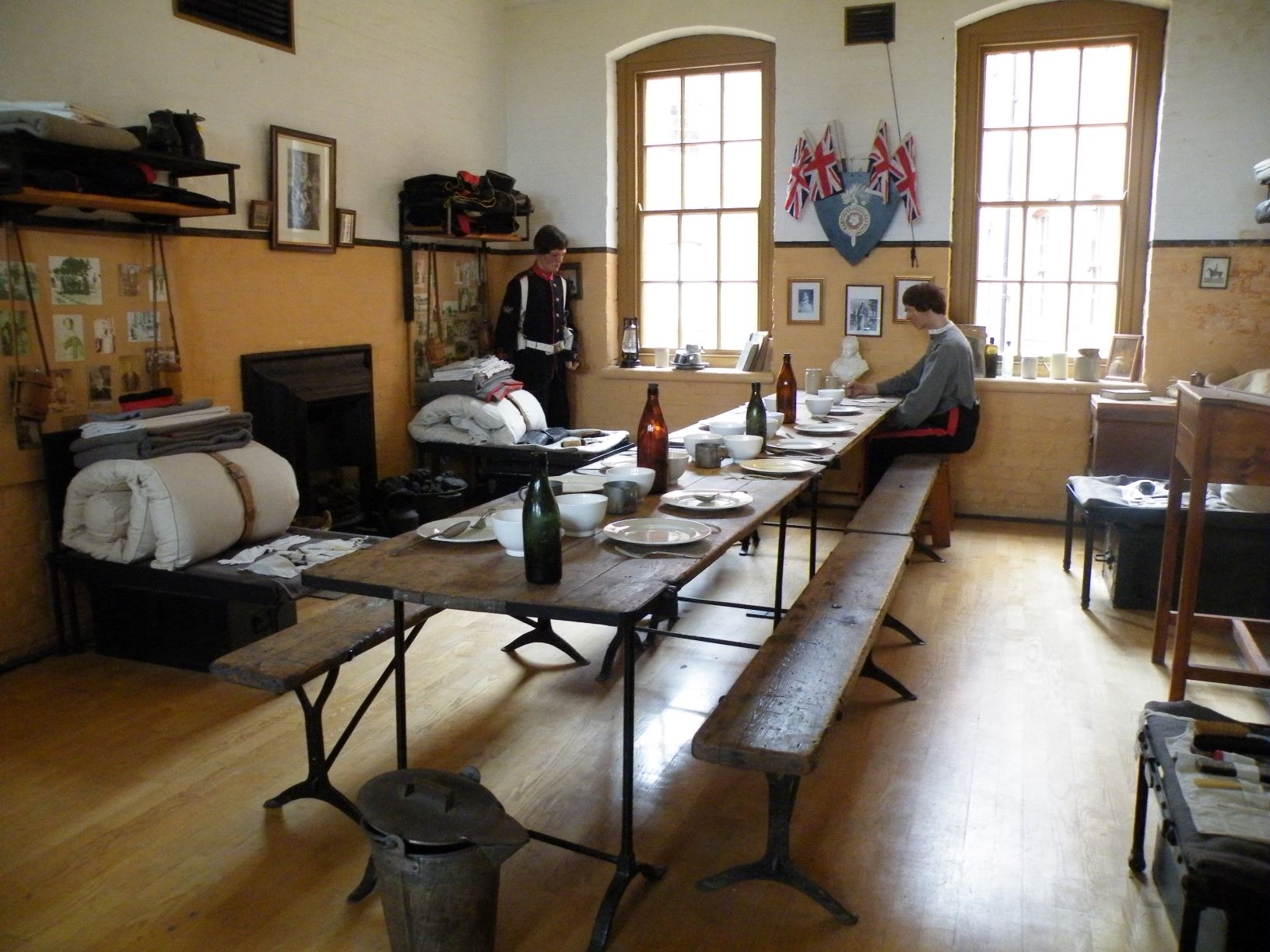 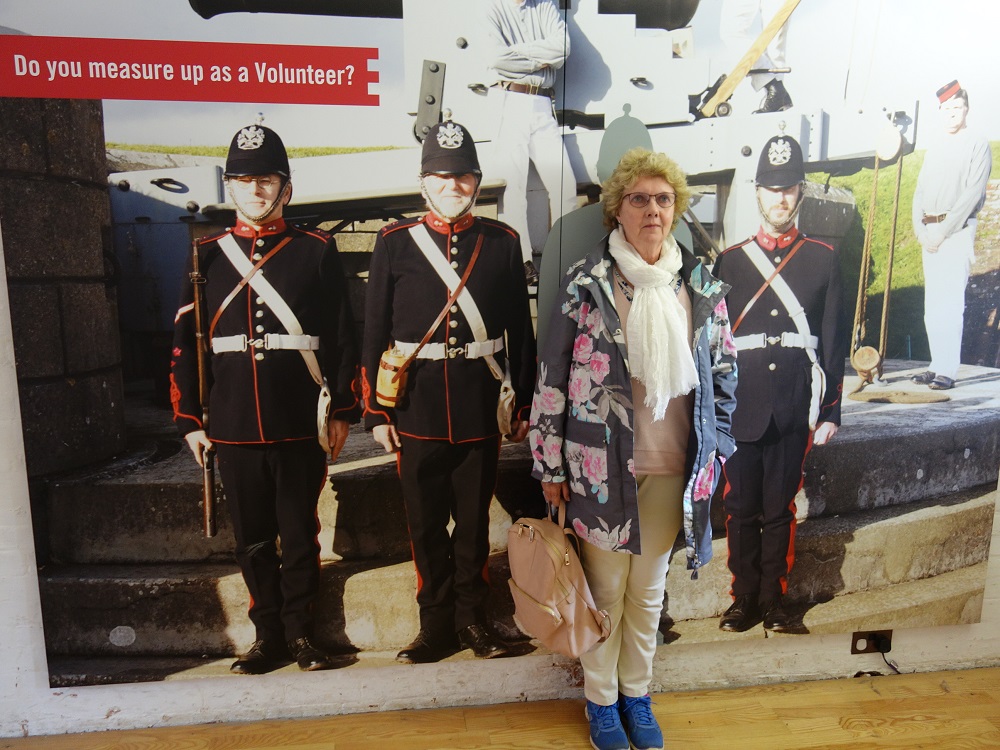 I don’t think so – is that Baldrick on the left?? 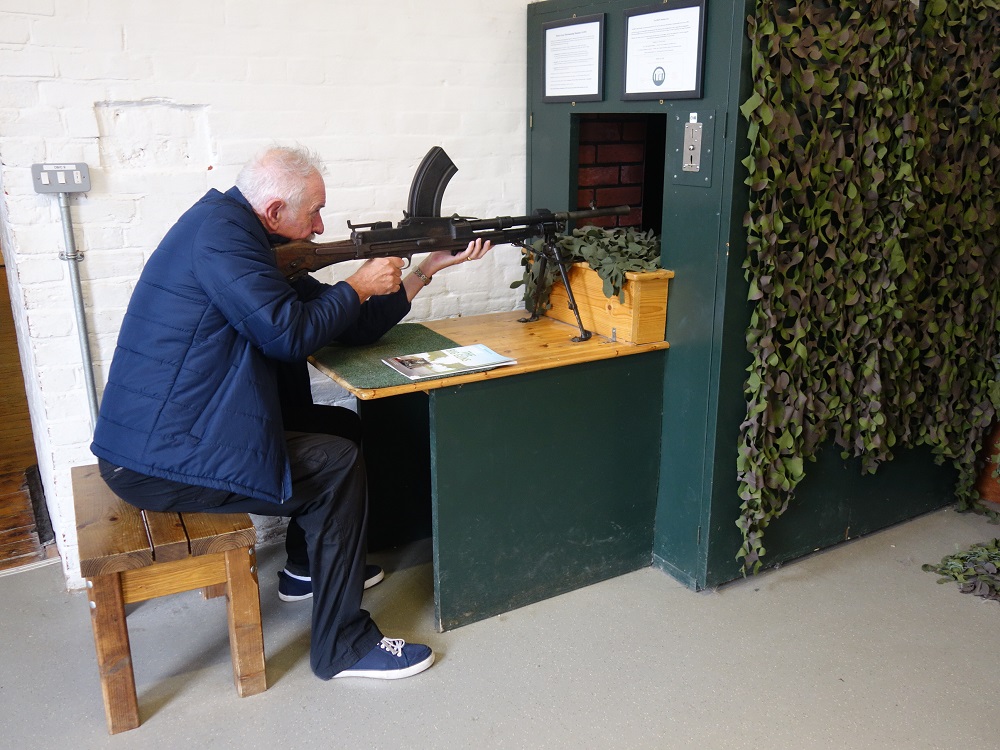 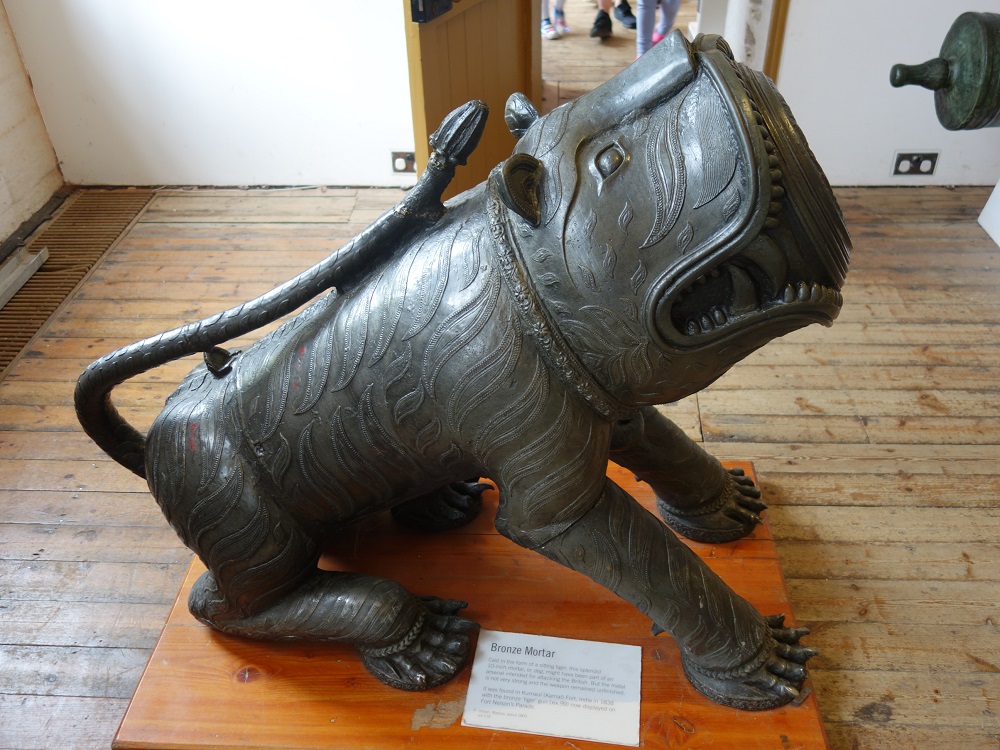 Tiger-shaped mortar from India which apparently would probably have blown up if anyone had tried to fire it! 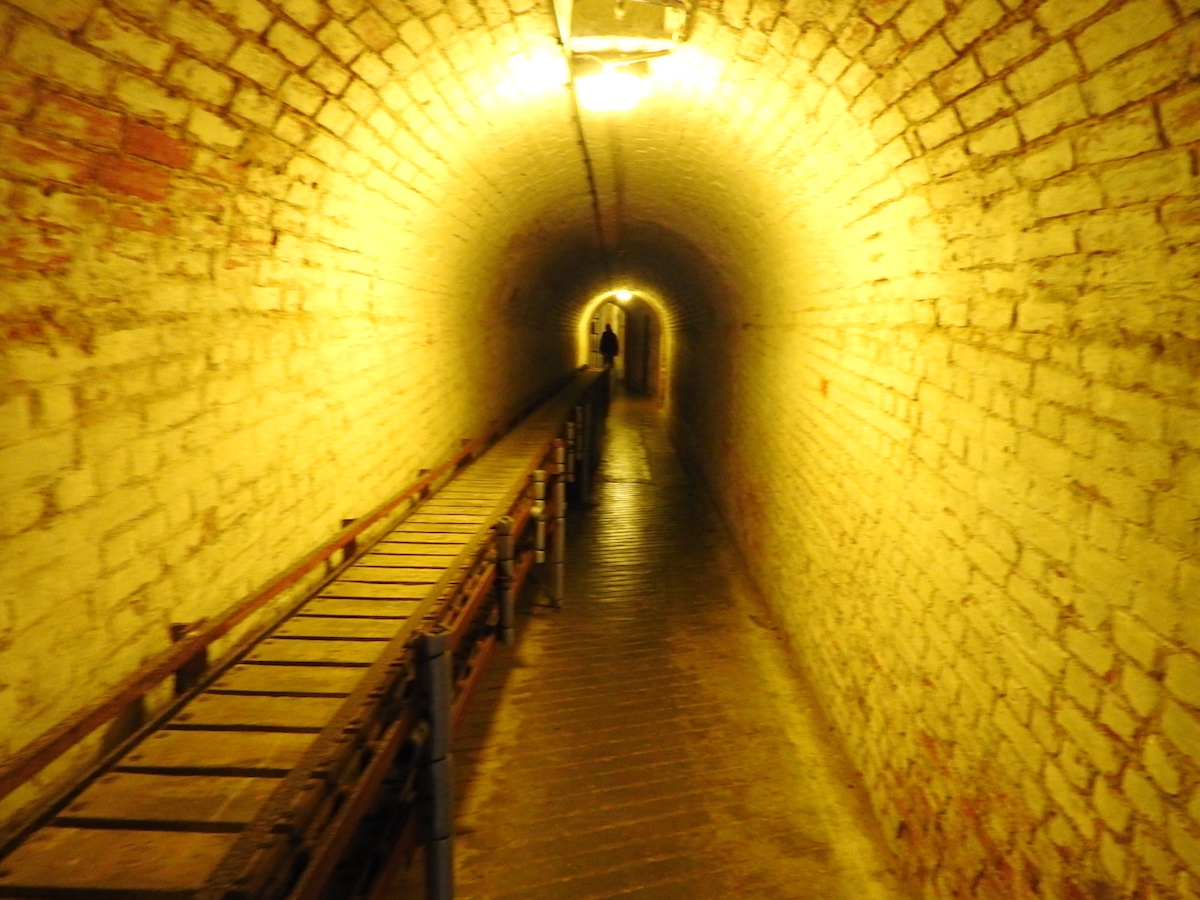 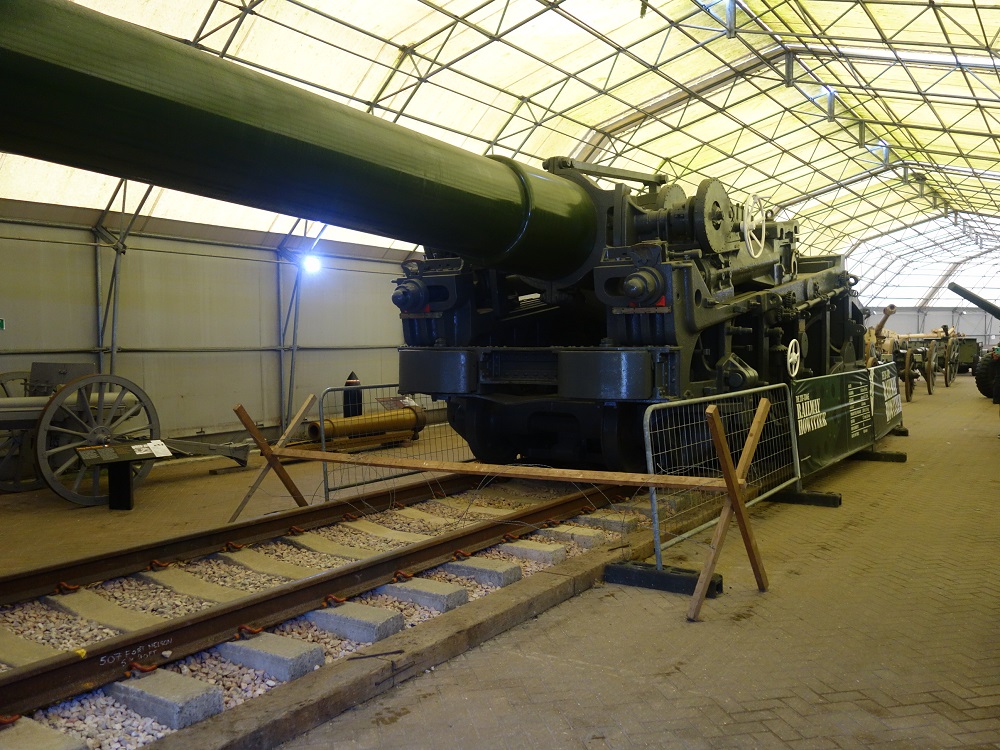 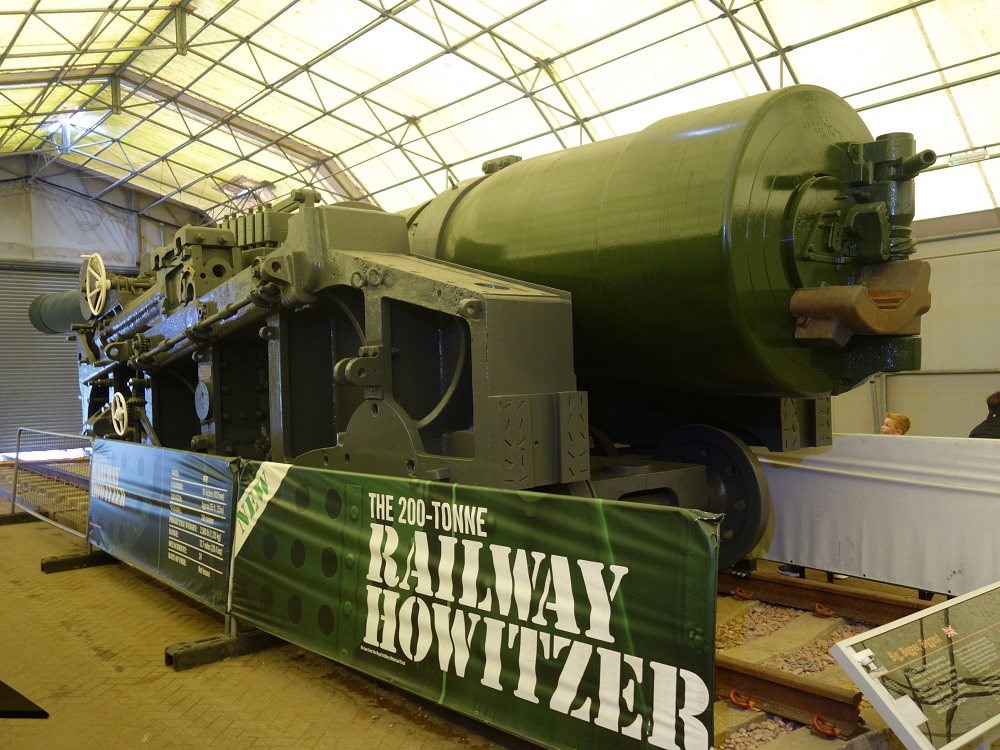 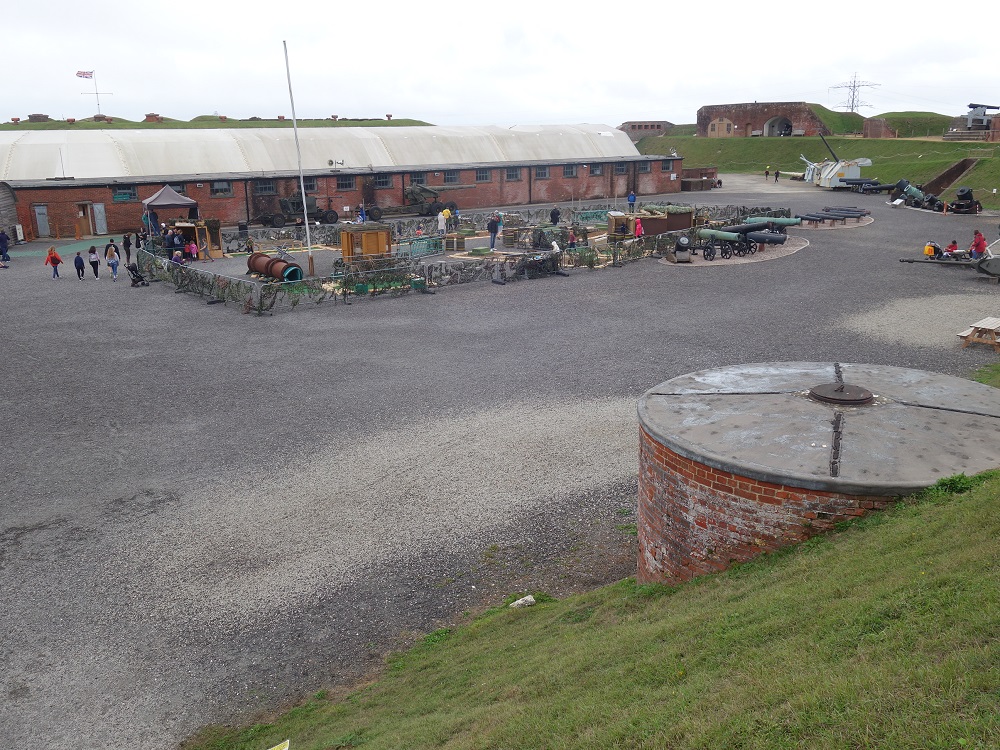 Outside for the live firing demonstration (kid’s assault course prominent). 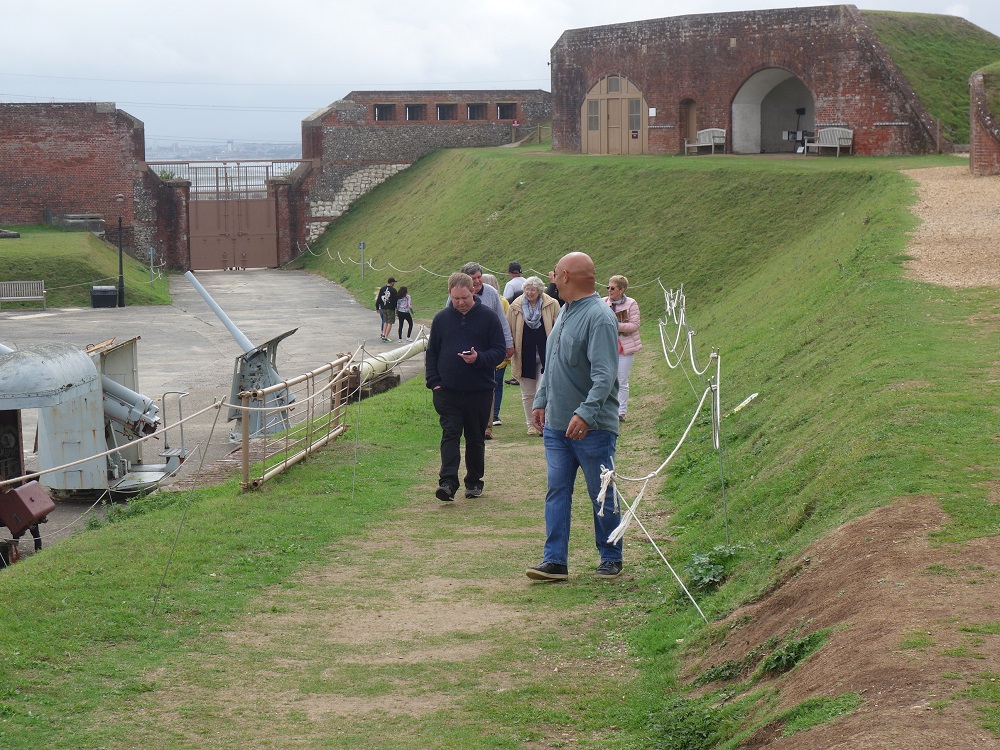 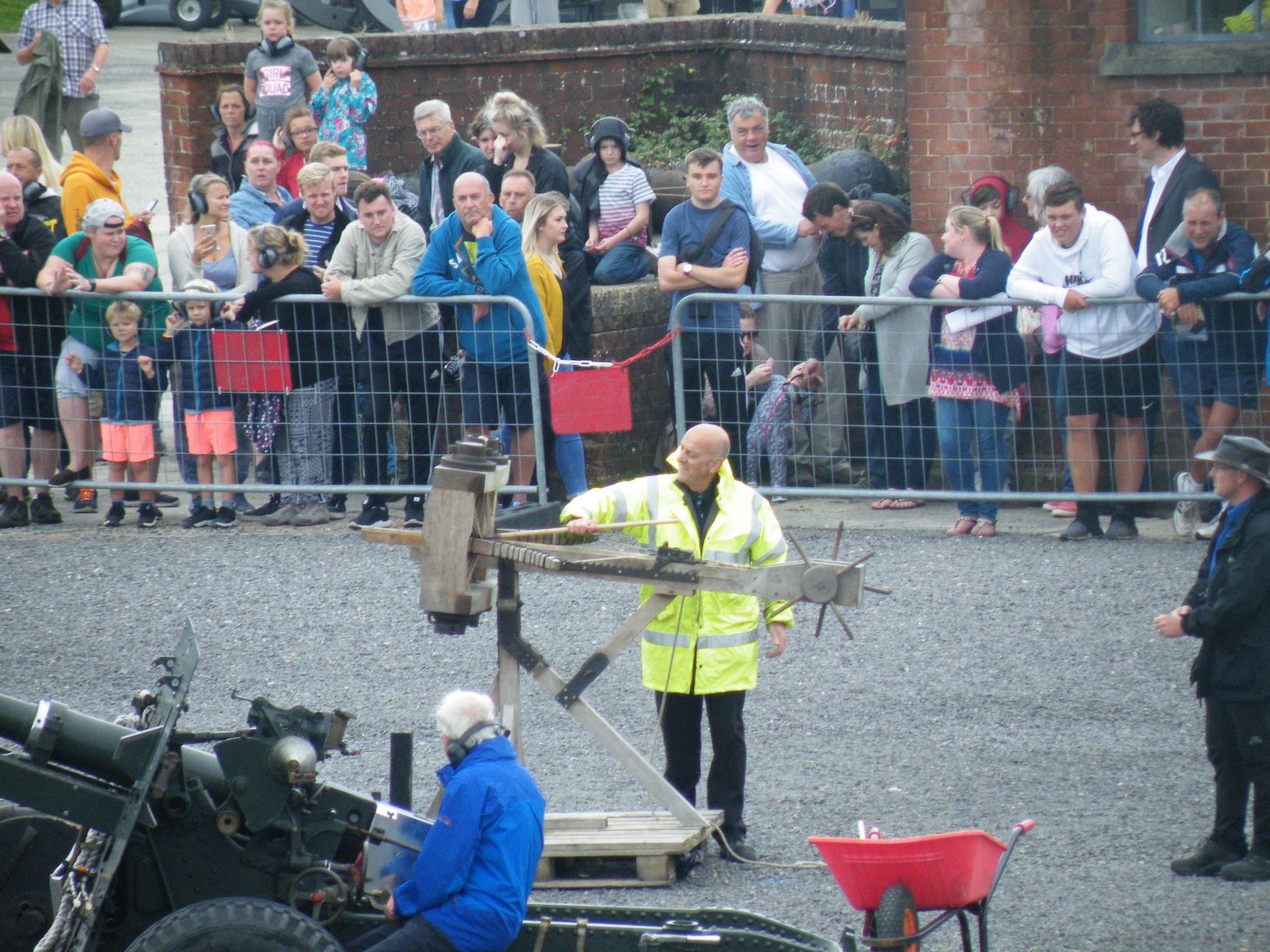 First up was a Ballista, a sort of Greco-Roman era overgrown crossbow. 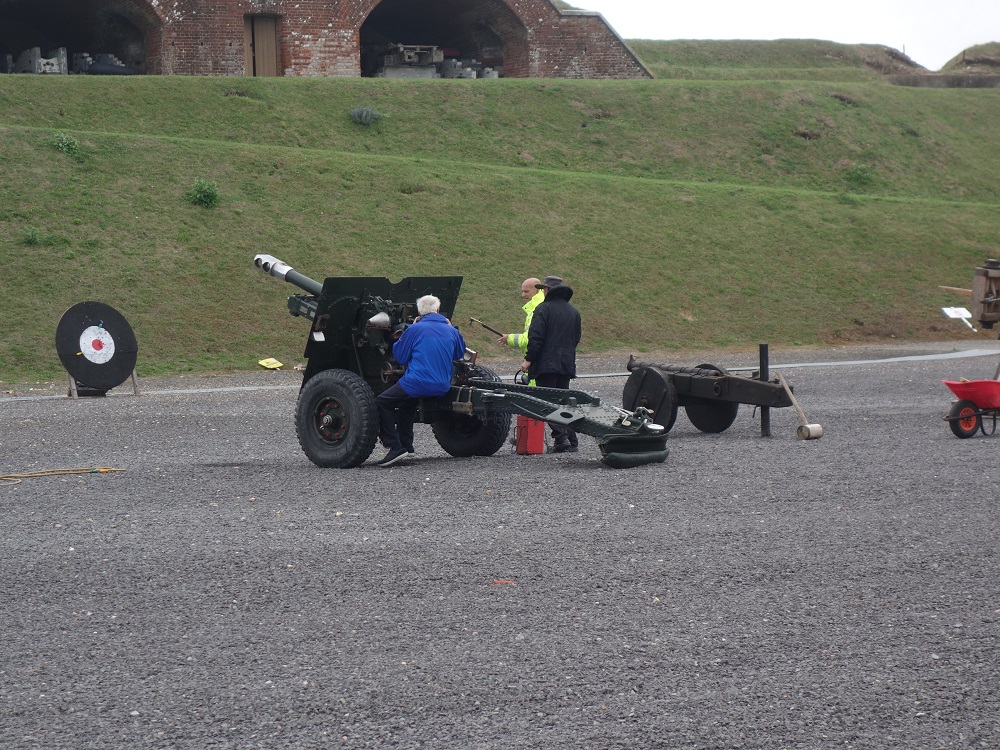 The came the Tudor-era cannon which made the loudest bang 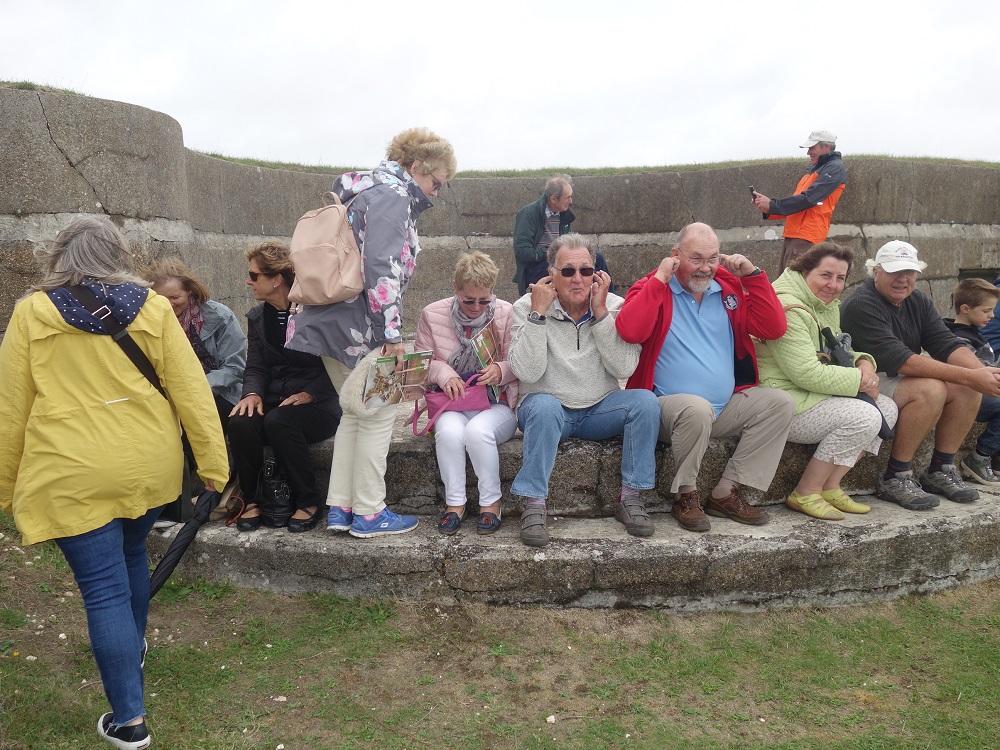 So Andy and Dave were ready when the 25-pounder was about to be fired…. 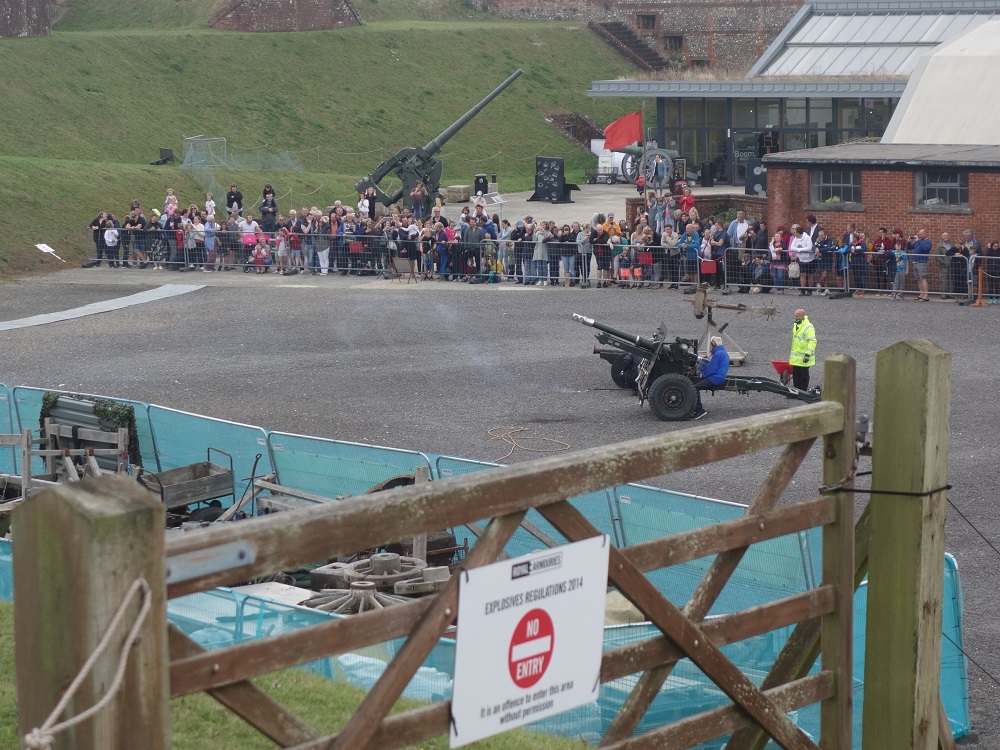 …..but Steve wasn’t so he missed the actual moment!  Never mind, it says BOOM on the glass doors 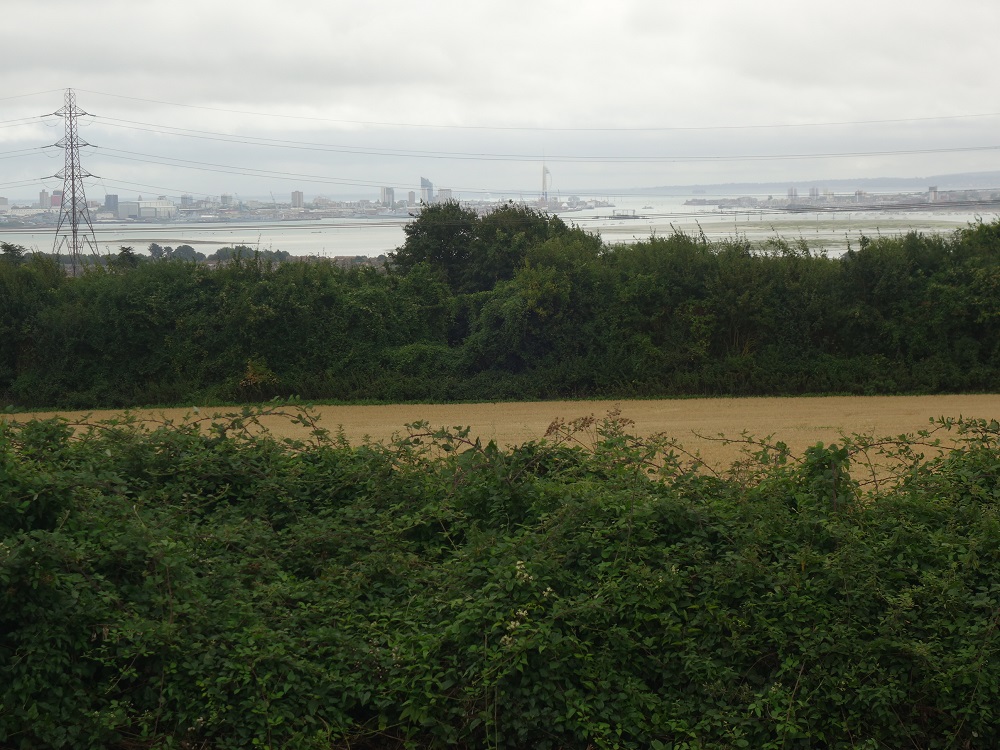 As we left, the weather cleared and we could appreciate the views over Portsmouth Harbour and the Solent.  Note Spinnaker Tower in the centre. 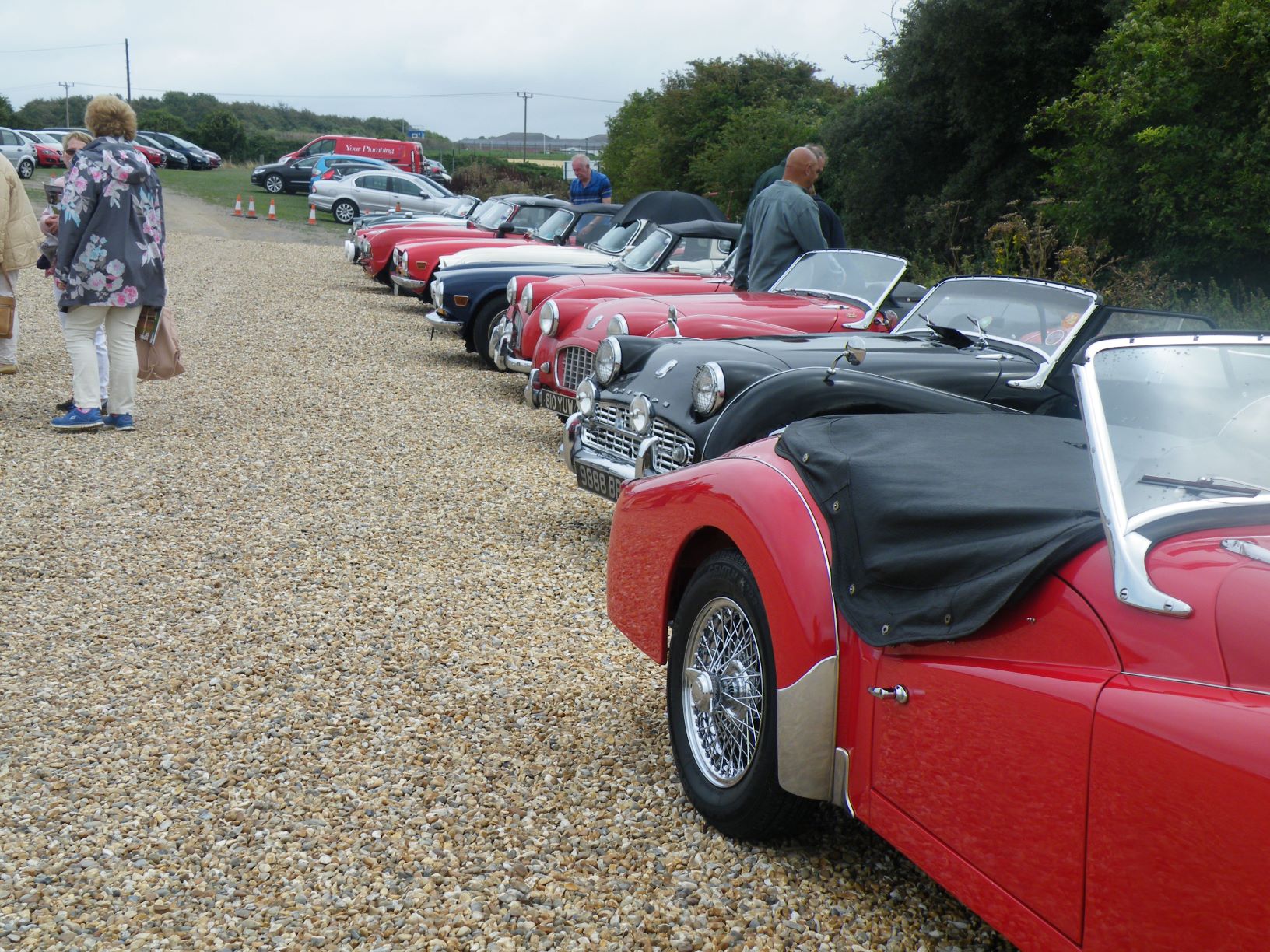 Hoods and tonneaus down for some. 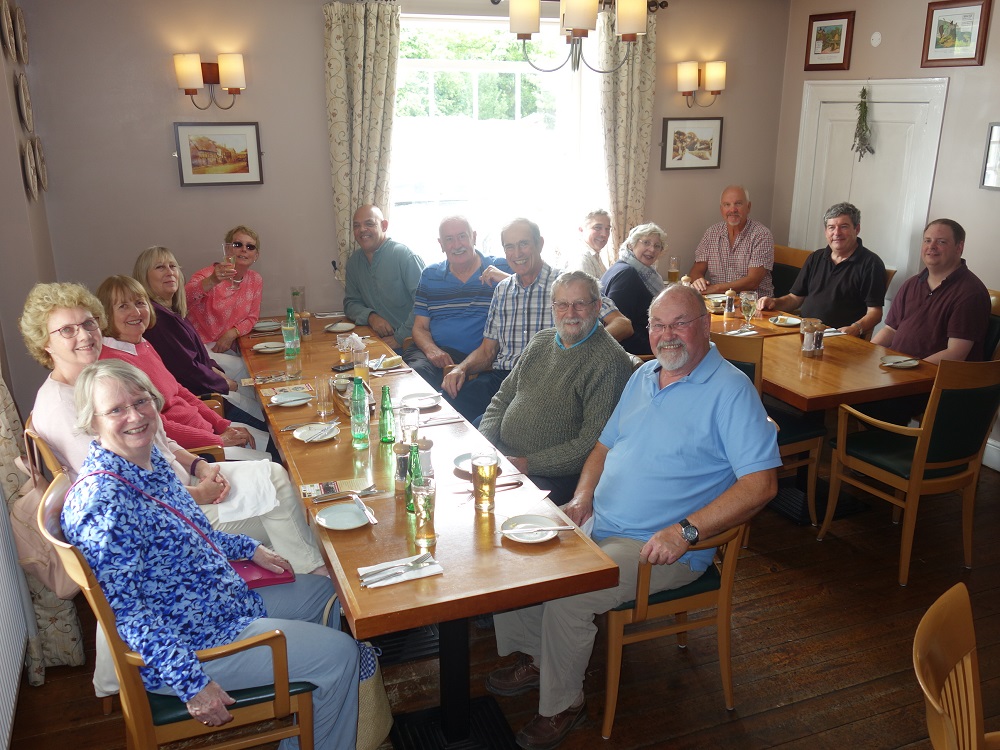 And on to a great lunch at the Golden Lion, Southwick, where the landlord treated us to a history lecture and waitress Emily took this picture for us by standing on a chair.