by Steve on 9 Jul 18 in All WFTR Galleries, Car Show, Z-Facebook

Blisteringly hot day and a huge number of things to look at! 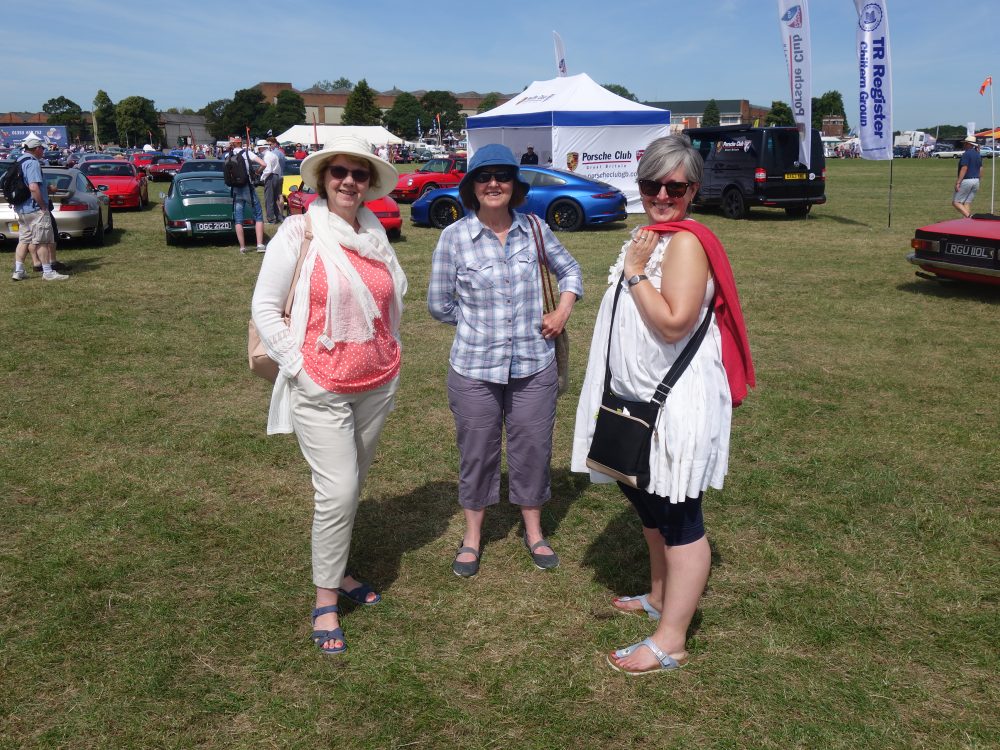 I hope Michelle won’t regret not wearing a hat 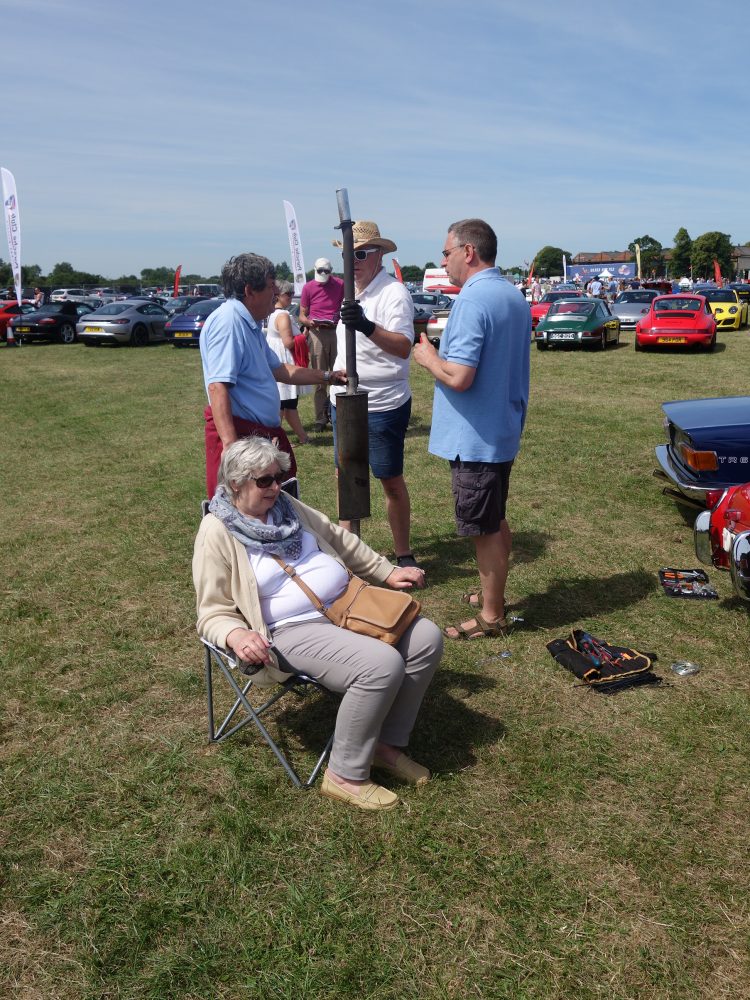 Anyone know where this bit goes? 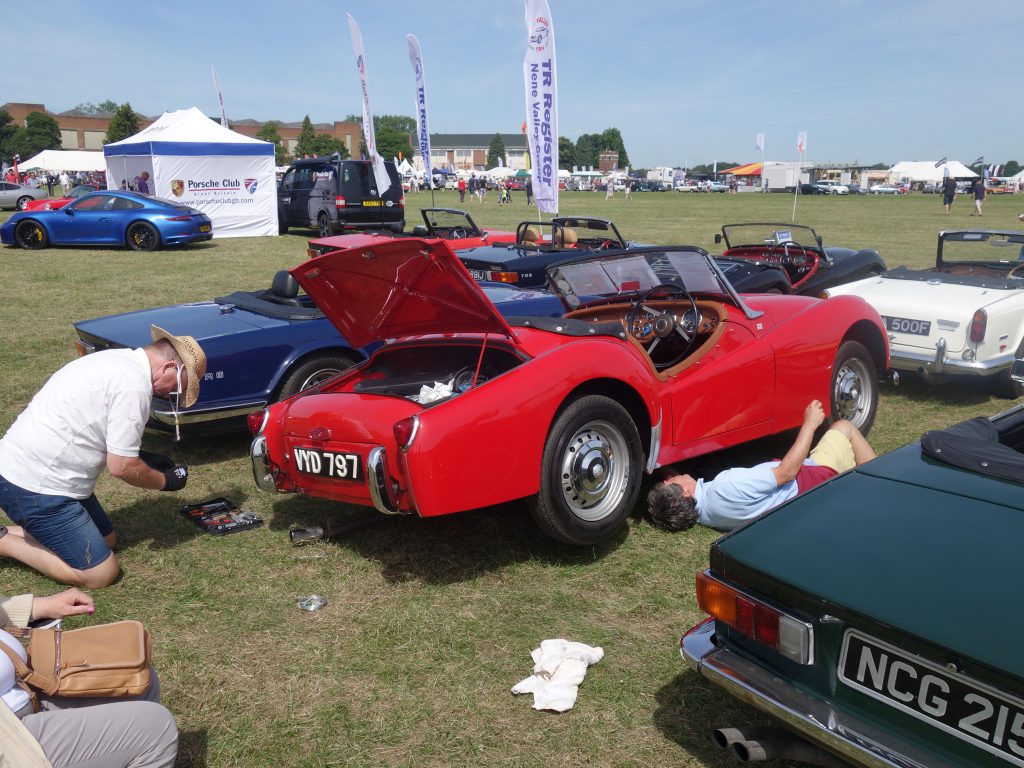 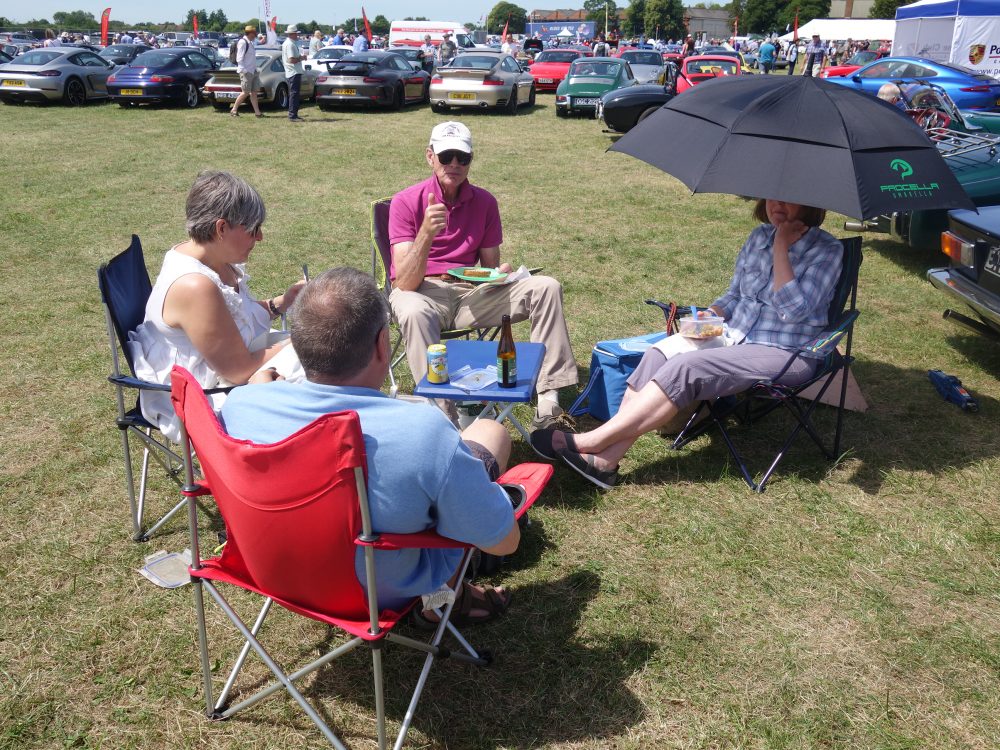 Who forgot to bring the gazebo? 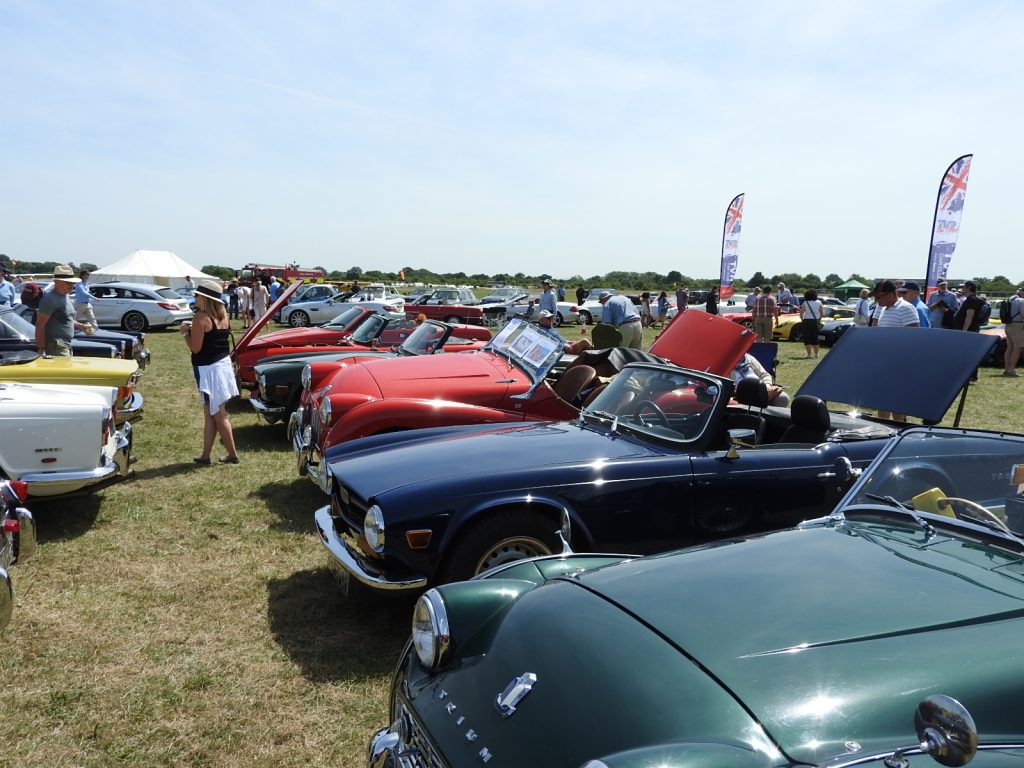 WFTRs plus guest TR7 and TR3 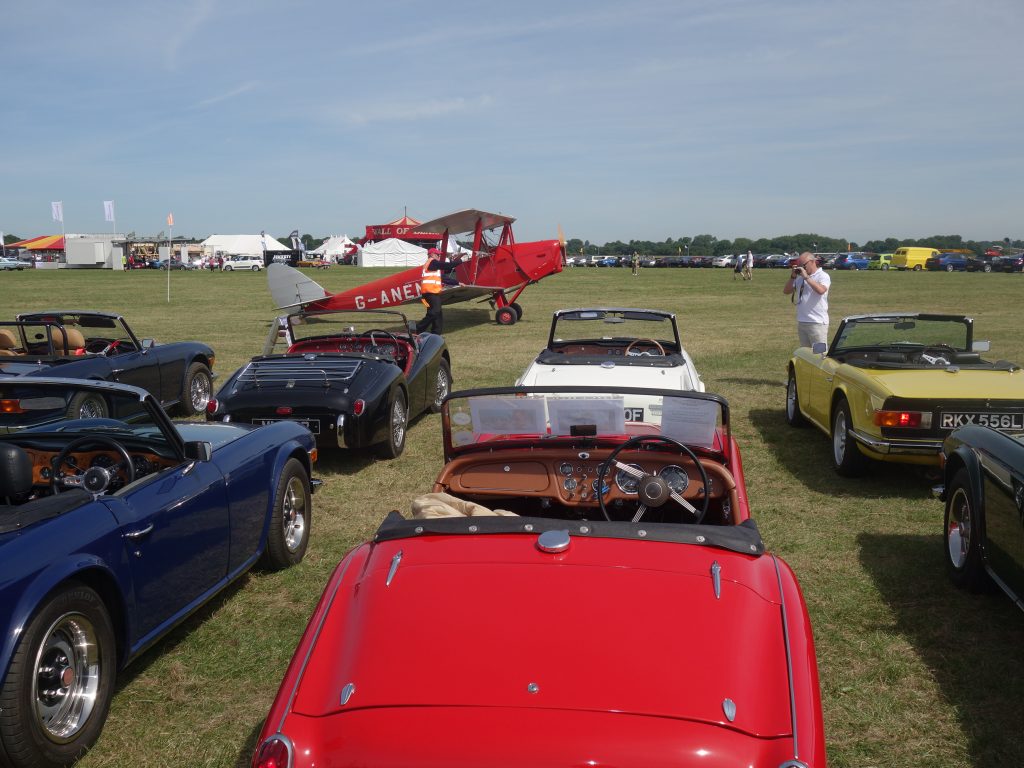 Our cars were obviously more interesting than a Tiger Moth taxiing close by. 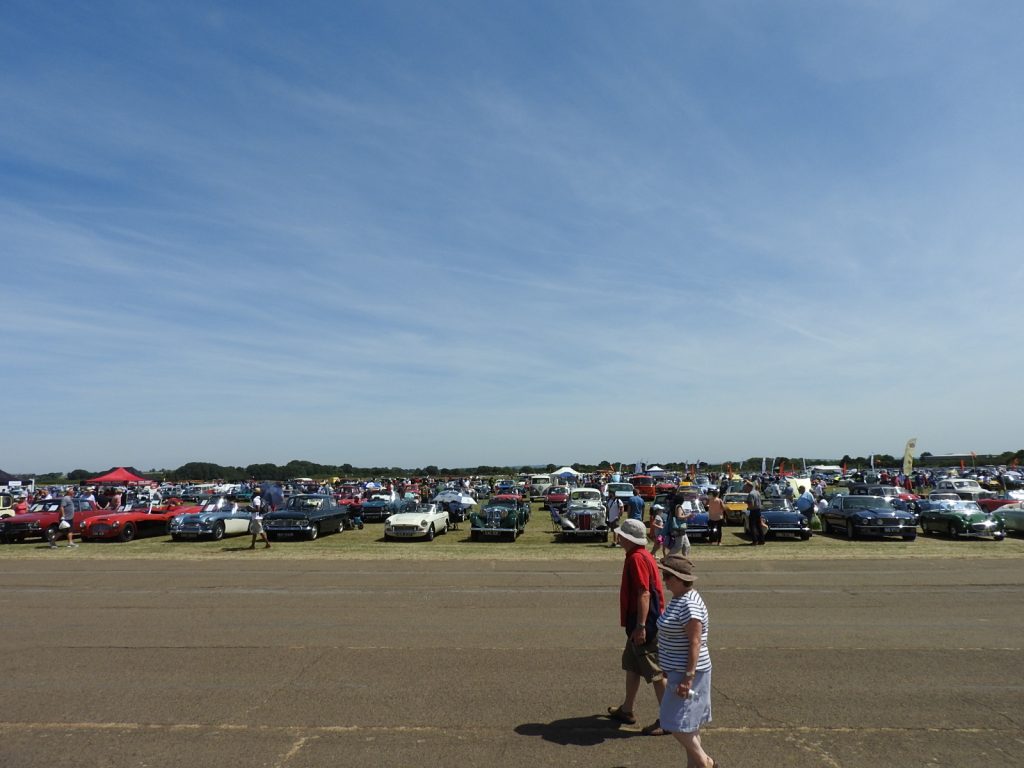 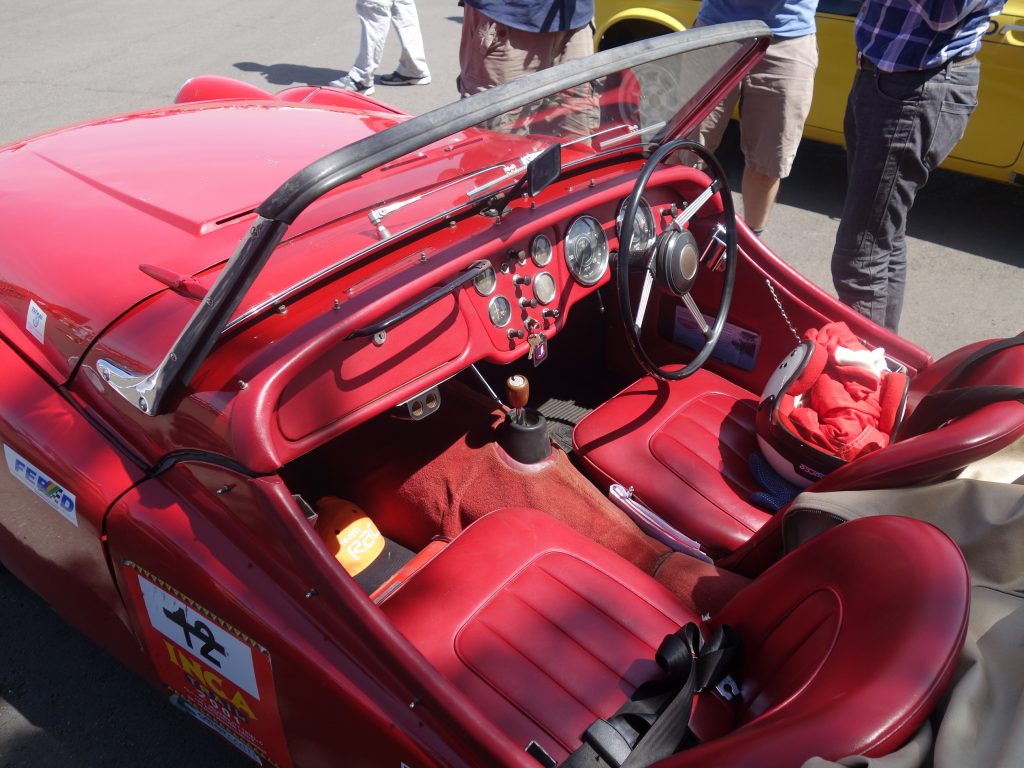 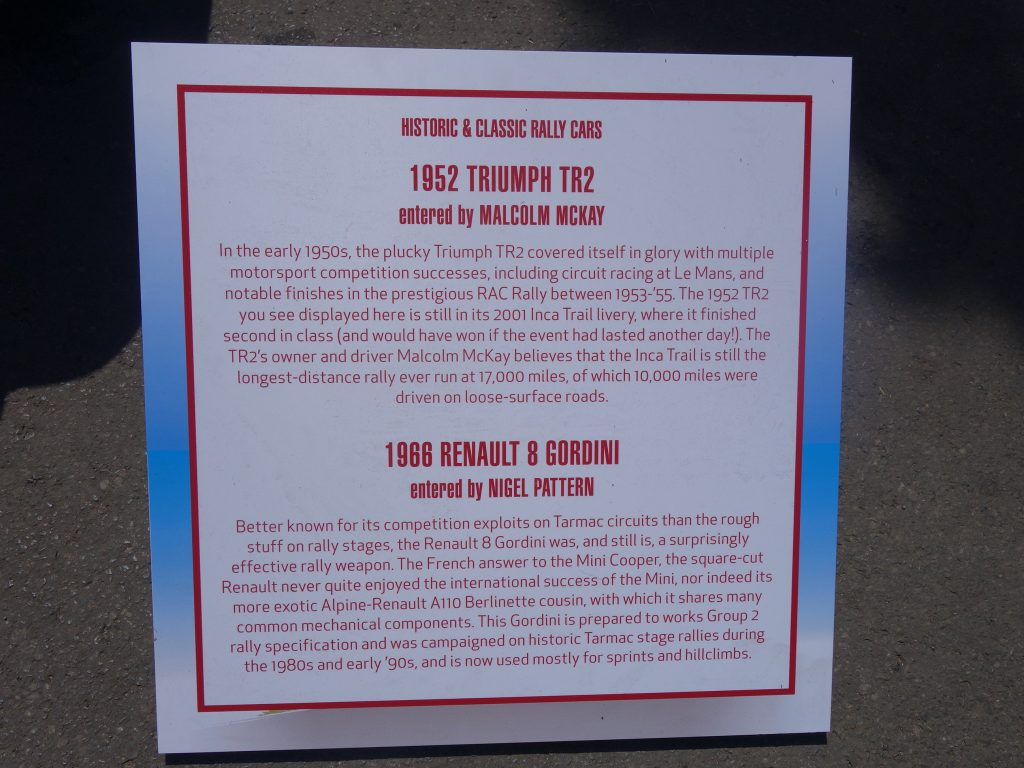 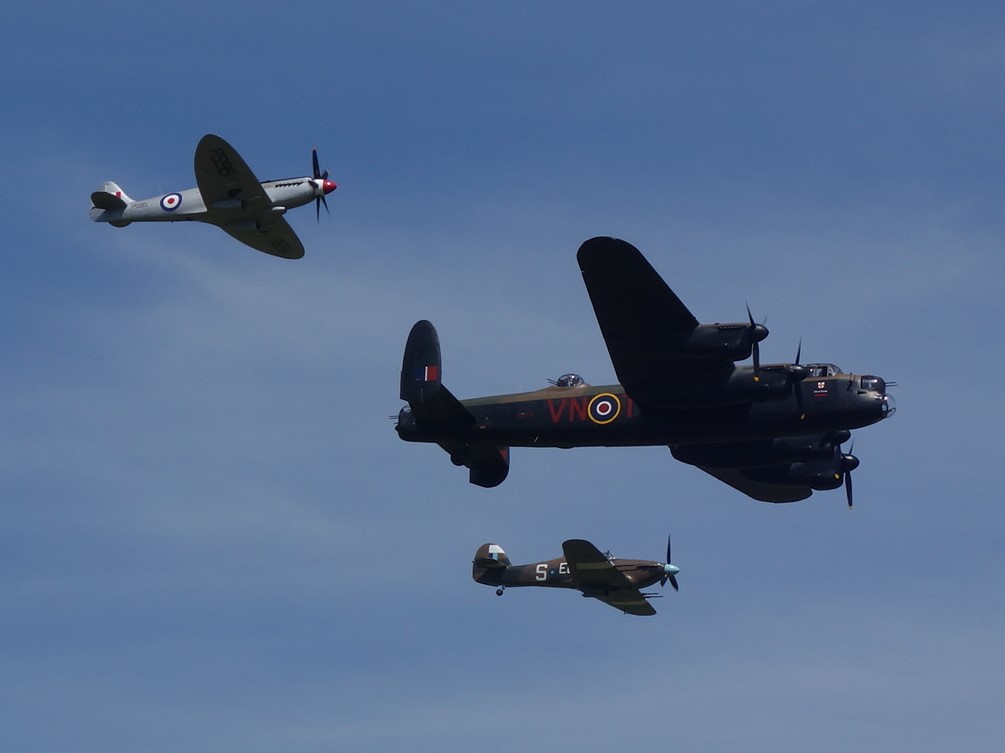 It wouldn’t be an air show without the Battle of Britain Memorial Flight. 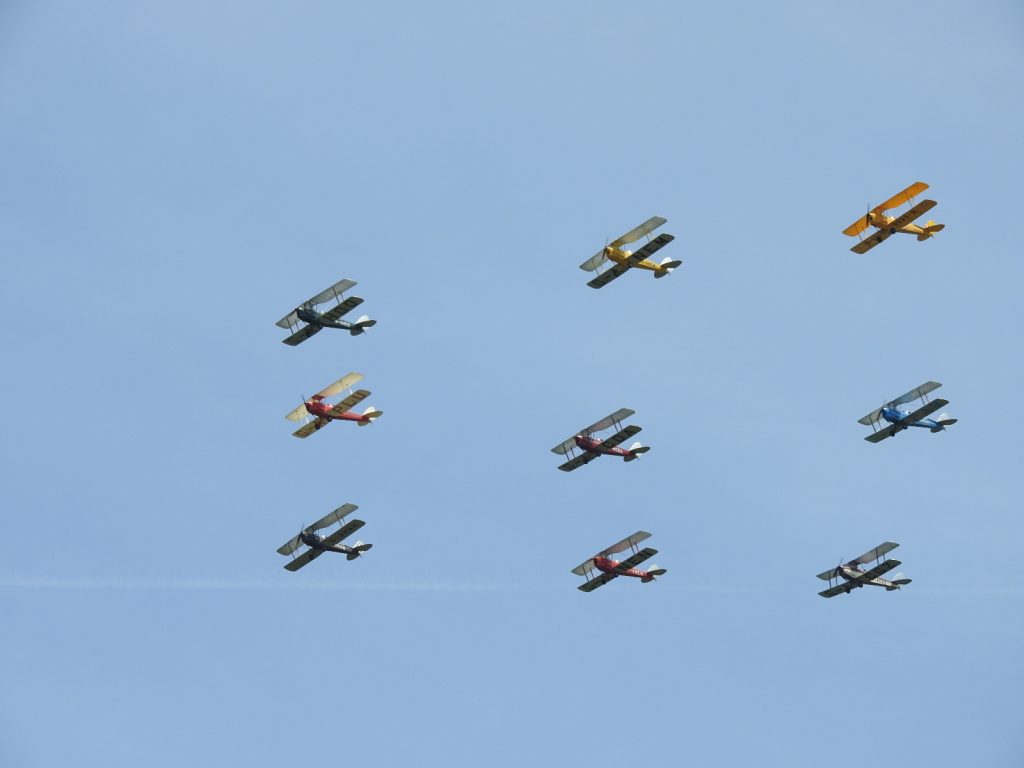 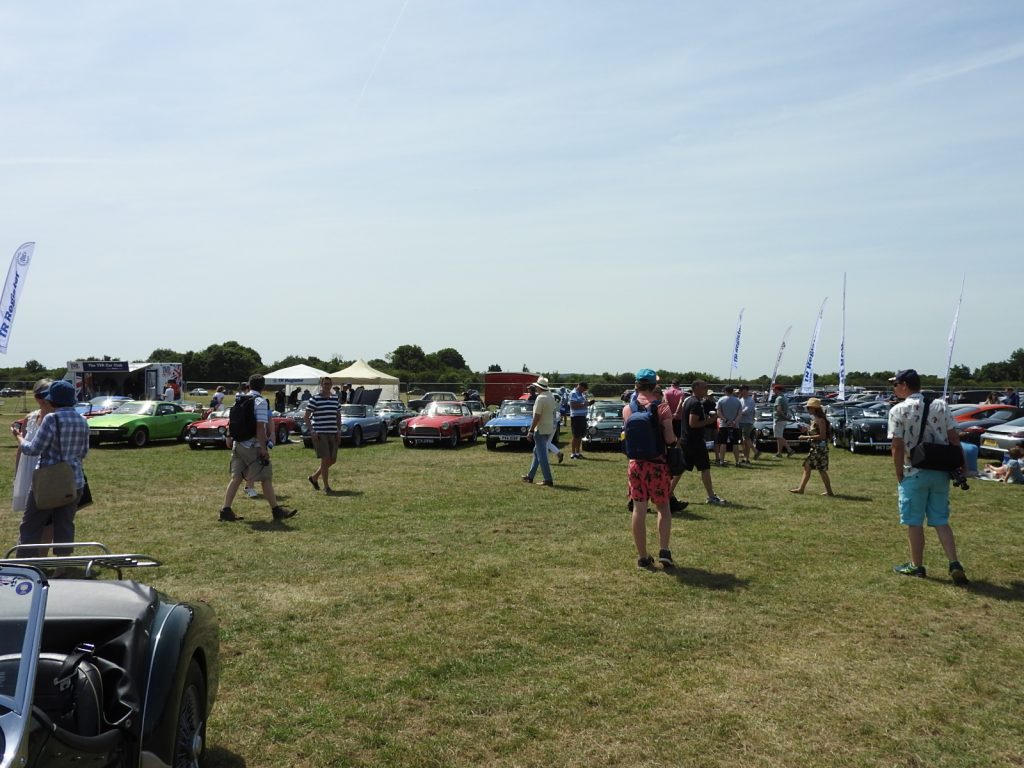 A general view of the TR Register area 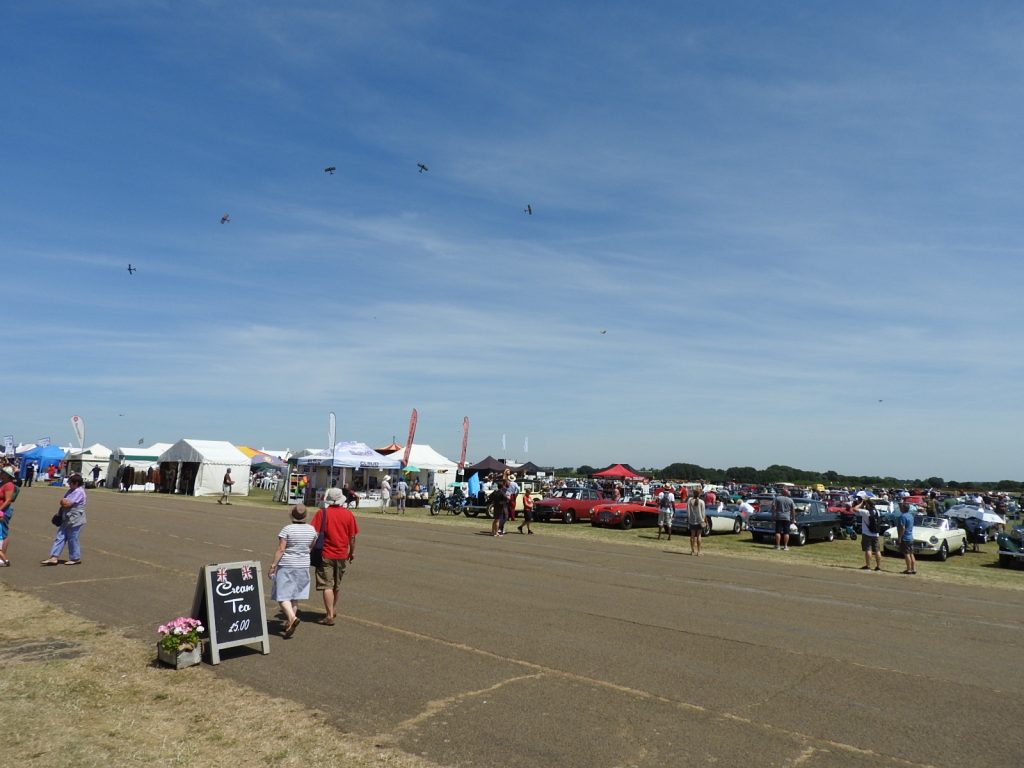 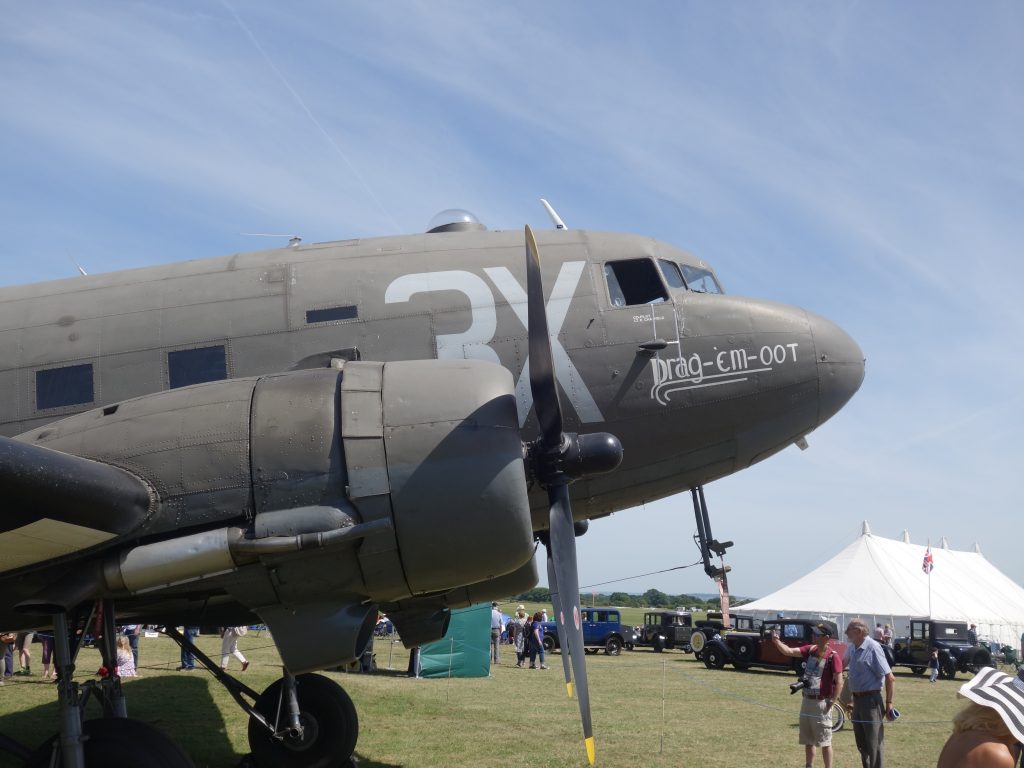 Mike’s favourite aircraft – a C-47 Dakota, this ultra-rare one modified to pick up gliders from the ground without landing (hence the name)! 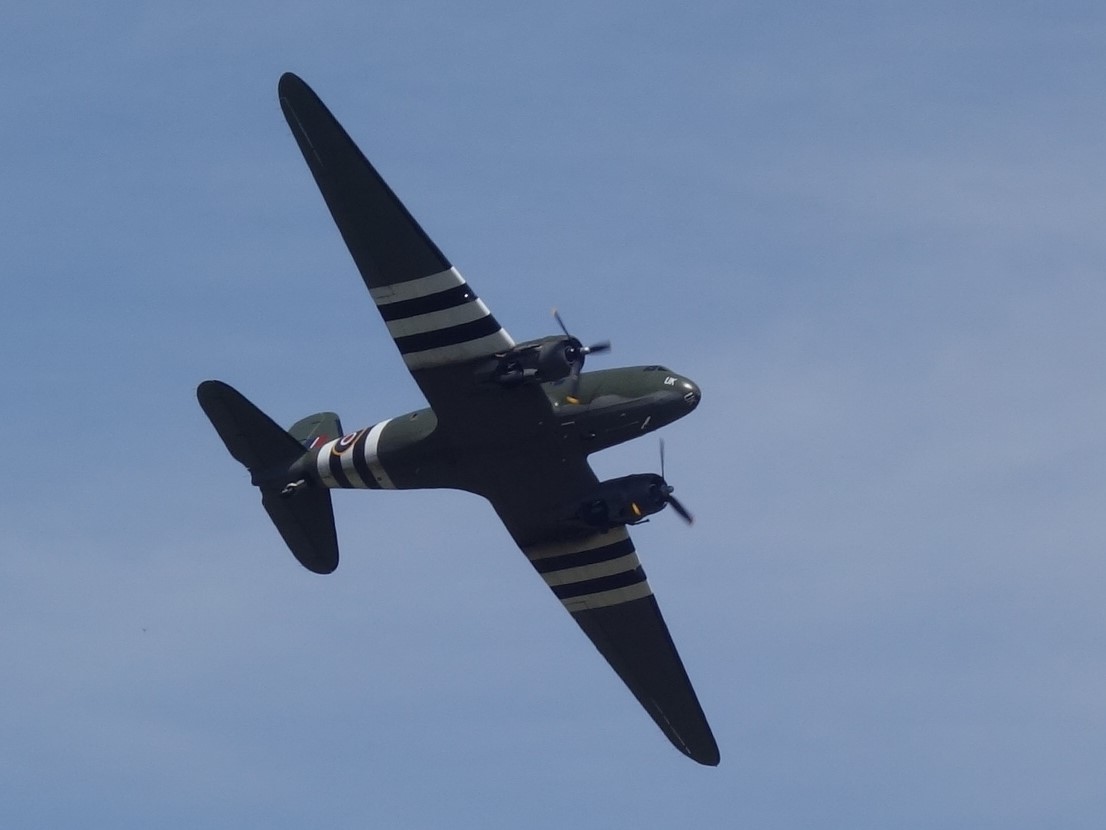 They are very graceful in the air

Believe this was Hamilton’s car 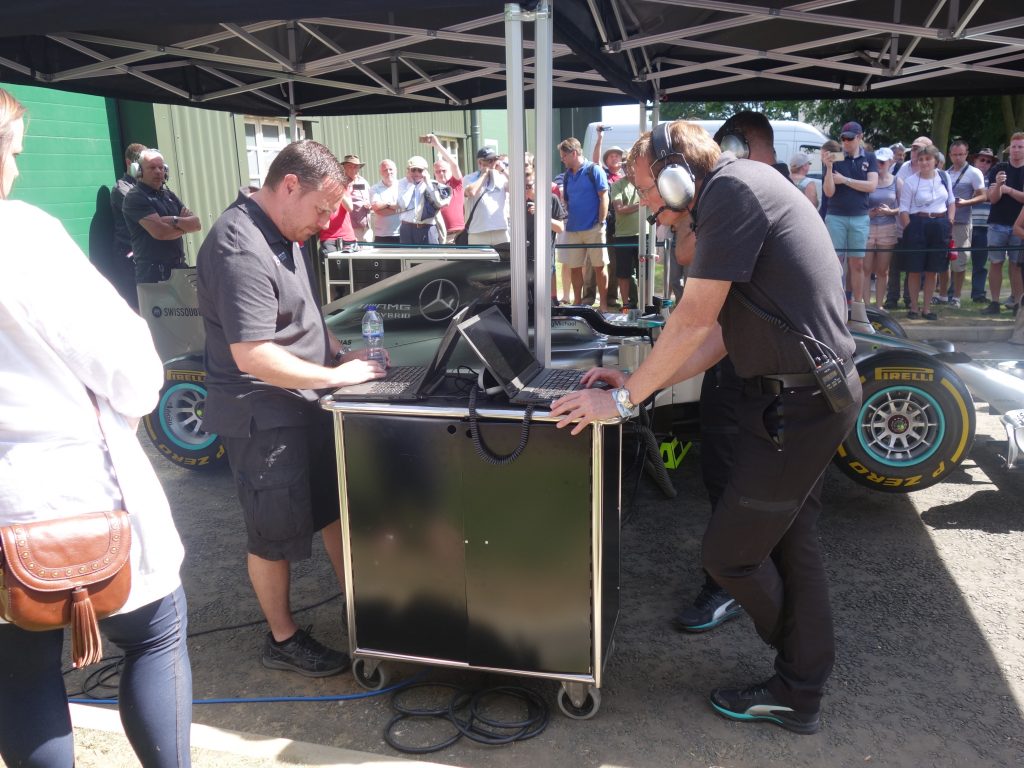 It took 4 technicians and two laptops to start it! More than a shuttle launch? 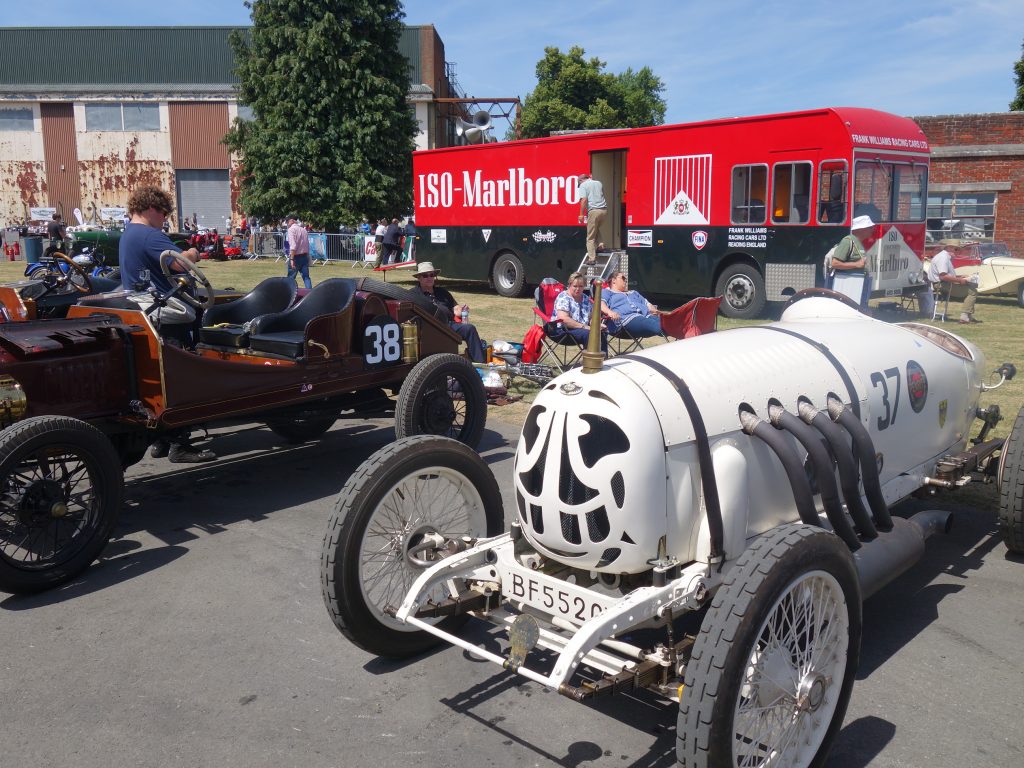 Several cars, including these, took turns to do laps of a specially constructed course. 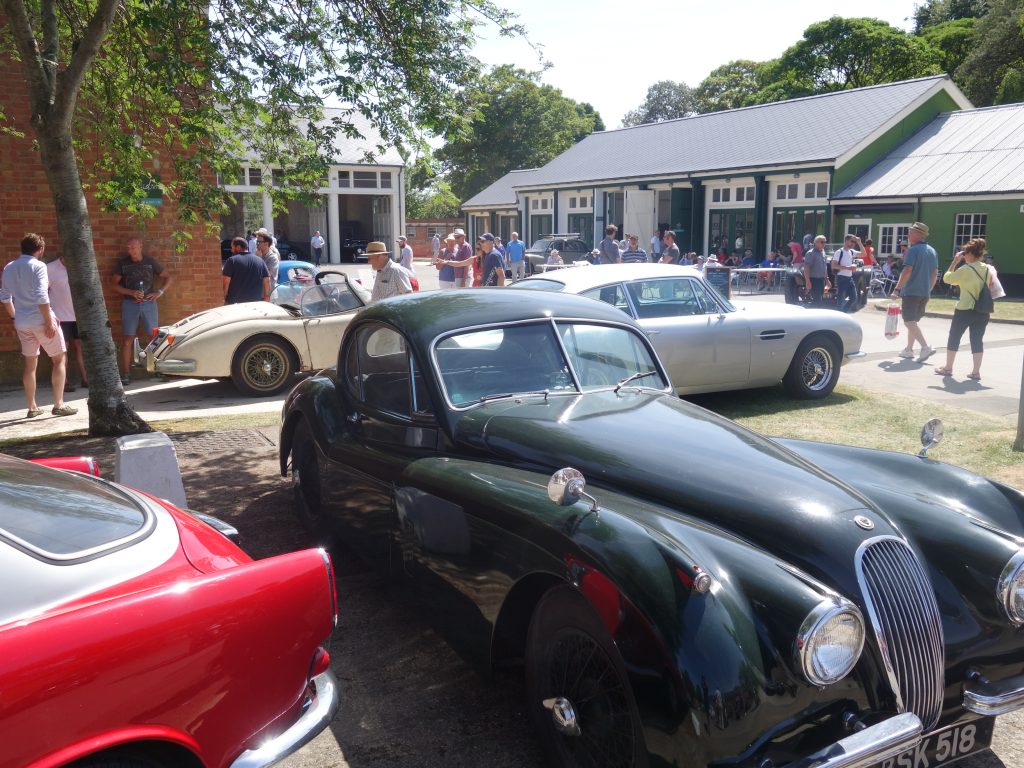 The ‘Technical area’ was a hidden gem, it’s where all the restorers and dealers proudly displayed their wares. There was a bar as well! 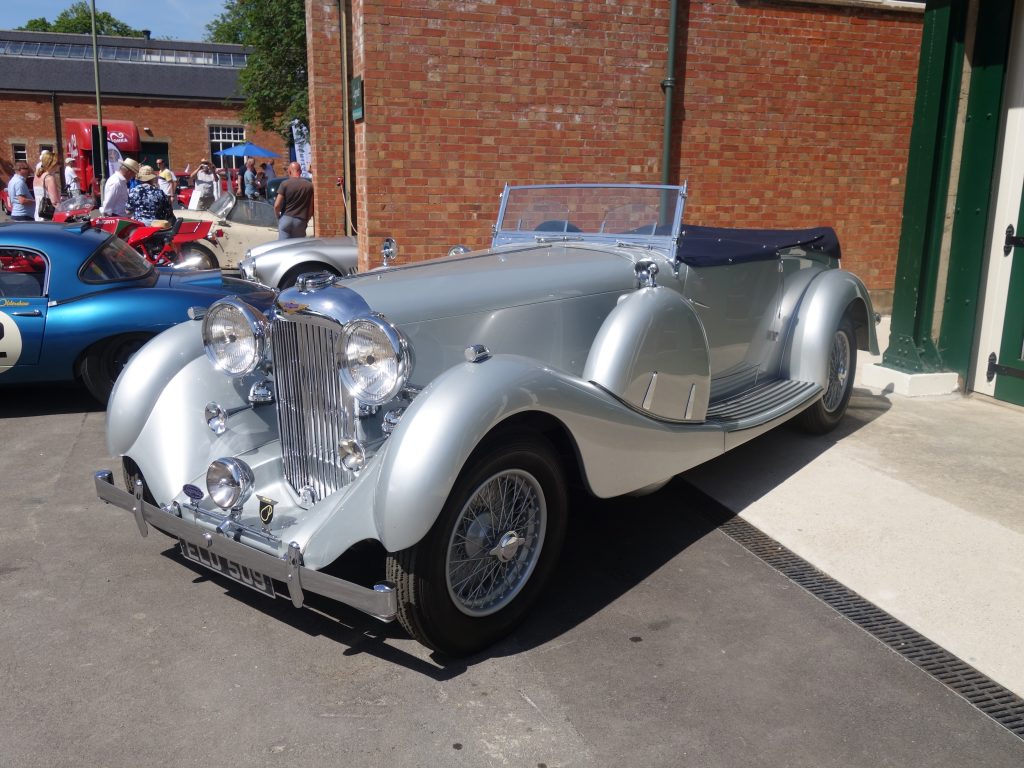